Rossi came into the double-points Sonoma decider 29 points behind Dixon with 100 available for the win.

"It was unfortunate because I thought we got a good start," said Rossi.

"Just a two cars going for the same spot type of thing.

"The team did an amazing job of getting us back to a point where we could at least be in contention if something did happen to Scott. It didn't.

"I knew it was probably a 1% shot at getting anything done. I just tried to attack it, move up as many positions as we could.

"If Scott did have some sort of failure or something, we still needed to be towards the top six or seven. That was the goal." 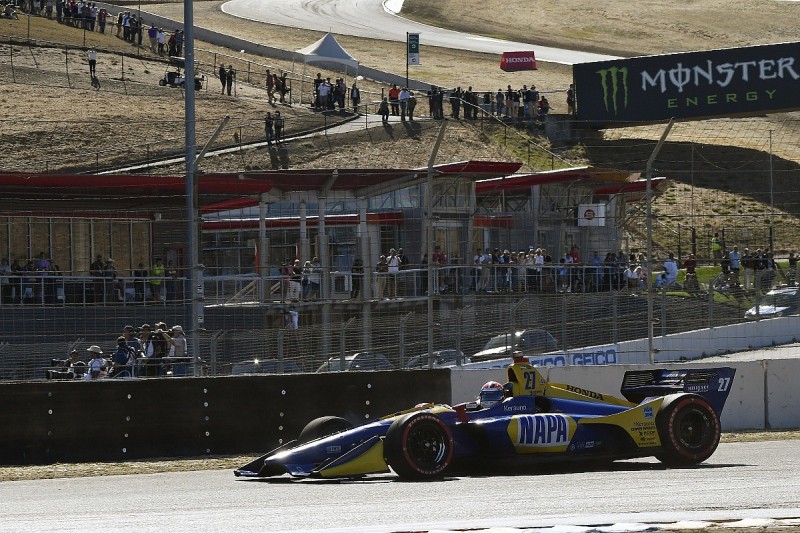 Rossi managed to unlap himself before Graham Rahal stopping on track caused the race's only full-course yellow, then charged through the midfield before making an early final pitstop.

That brought him up to fifth, but slowing as he ran low on fuel meant he fell back to seventh.

"We chose to come in earlier than everyone else in hopes there would be a yellow and it would cycle us to the front," said Rossi.

"But it didn't come. They all covered me in case that happened, which was the right thing to do.

"From once the final pitstop happened and there was no yellow flag immediately, I knew it was pretty much day done."