Schmidt Peterson Motorsports's Robert Wickens and the returning Danica Patrick endured eventful programmes in preparation for the 2018 Indianapolis 500, as all drivers completed their rookie and refresher requirements

Wickens had to compete against the clock in order to pass the rookie orientation programme after he sailed through the first phase, requiring 10 laps at 205-210mph.

Having been delayed by a goose that caused a yellow flag early on, Wickens was later hit by a gearbox problem that forced him into team-mate James Hinchcliffe's #5 car.

With an ill-fitting seat, Wickens was able to power through the second phase (15 laps between 210-215mph) and the third phase in which he lapped a required minimum of 15 tours at speeds of at least 215mph.

Wickens was still able to set the quickest lap at Indianapolis, recording an average speed of 220.111mph that was not bettered in the afternoon's veteran refresher programme.

The SPM driver was one of several drivers to complete the rookie orientation, with AJ Foyt Racing's Matheus Leist and Indy Lights champion Kyle Kaiser (Juncos Racing) also on track and passing the required benchmarks.

Rookies were not allowed to take part in the veteran refresher test that featured Ed Carpenter Racing's Patrick returning to the wheel of an Indycar for the first time in seven years. 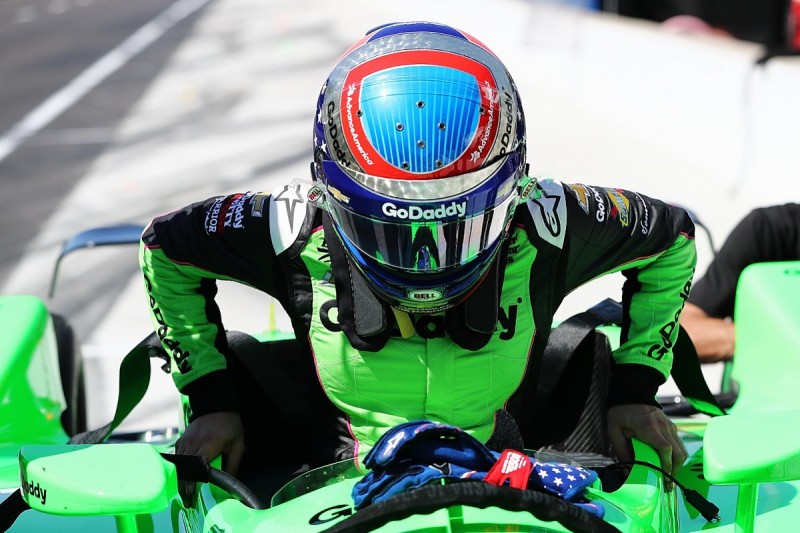 Once back on track, she progressively worked through the three phases to complete the test.

Howard took over the car from Wickens after the morning rookie programme, meaning the #5 machine has lapped extensively with all three drivers over two days.

Sage Karam left it late but completed the programme behind the wheel of the Dreyer & Reinbold-run car to lap 0.1mph quicker than Patrick's best tour.

Dale Coyne Racing's Pietro Fittipaldi was a notable absence and will complete his rookie orientation on May 15 when his car is ready.

IndyCar will complete this week's testing at Indianapolis tomorrow with a manufacturer allocated day for Honda and Chevrolet.