The windscreen has had minor updates since its first outing, with an air inlet added in a central position below the fitting.

Newgarden completed over 10 laps across several short runs, reaching speeds of above 220mph, but required a visor change after tinting proved problematic.

His helmet was also pushed forward by the changing air direction and cockpit pressure differences but he believes they are minor issues.

"It was fascinating," Newgarden said. "It was totally different for an open-wheel car.

"You're not used to having a windscreen that big in front of you, but it was interesting to try it out.

"The most interesting thing was the visor changes. Going from a fully smoke visor to a clear visor was better. It helped with the visibility and the clarity.

"There's small improvements to be made, especially with the clarity with the visors and the perception to see through it.

"It was easy to make it work, I didn't have any major issues with it, and I think IndyCar did a nice job."

Jeff Horton (pictured below), IndyCar's director of engineering and safety, said that Newgarden's lack of sportscar experience relative to Dixon made for an interesting comparison. 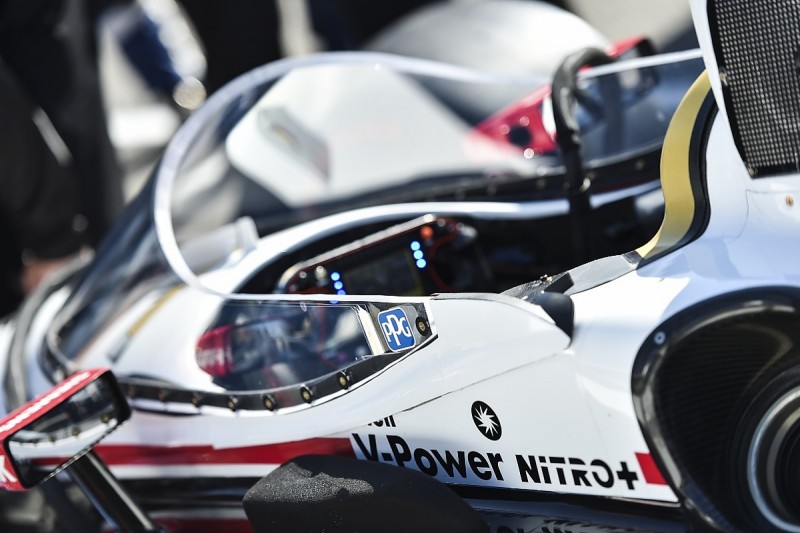 "Josef pointed out that it might take some things to get used to," said Horton.

"But he also said he felt like if it was mandatory, he'd get used to it, no problem.

"One thing we realised is that Josef doesn't have much sportscar experience, while Scott Dixon at the last test had just raced the Rolex 24 [Daytona 24 Hours].

"We think [Dixon] being behind a windscreen for a week, then driving a car with another windscreen made a difference.

"Josef ran all day without a windscreen and we stuck one in front of him [at the day's end]. There's a lot of things that factor into it.

"Still a positive test and Newgarden said nothing was a deal breaker. We'll just keep working on it."

Test pacesetter Tony Kanaan was not a fan of the windscreen.

"Do I think Formula 1 [with the halo] looks horrible? Yeah. It's just what I like. I think they've done a great job developing that."

"I think 20 years down the road when we look back, we'll see how the evolution of the windscreen has gone," he said.

IndyCar will not be drawn on a deadline for the windscreen's implementation and further testing is planned.