IndyCar Championship leader Scott Dixon topped the timesheets as IndyCar began its return to Portland, coming out on top ahead of Penske drivers Will Power and Josef Newgarden

After five hours of testing, Dixon's fastest time was 58.3593 seconds, meaning he completed the 1.945-mile track at an average speed of 119.981mph, although the circuit will be remeasured.

A total of 21 cars were within one second of the leading Ganassi driver with Power a mere 0.0335s in arrears, and Newgarden a whole tenth of a second off top spot.

Marco Andretti, who was second fastest behind Power in the morning session, finished the day in fourth, a quarter of a second from the top spot, and half a tenth ahead of rookie Andretti Autosport team-mate Zach Veach, who survived an off-course excursion.

Sebastien Bourdais was sixth in the Dale Coyne Racing-Honda with Vasser-Sullivan entry ahead of Andretti's Ryan Hunter-Reay and Dixon's team-mate Ed Jones in the second Ganassi entry. 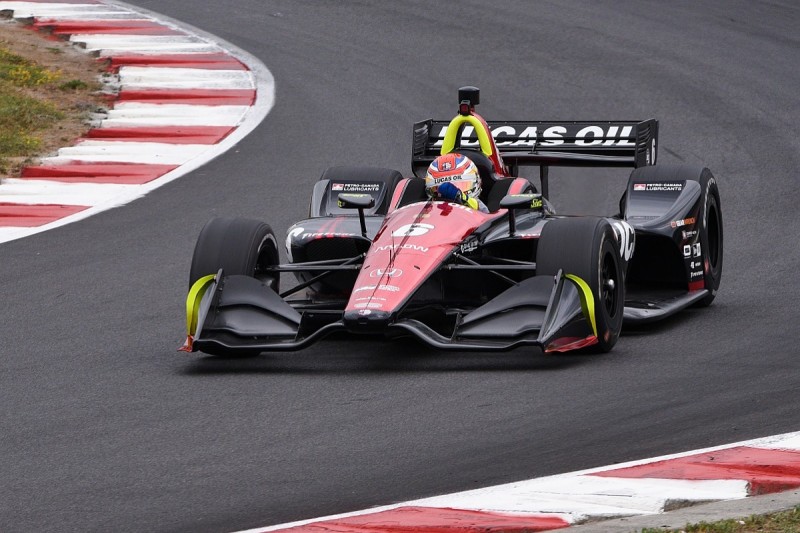 Championship contender Alexander Rossi, who enters the weekend 26 points behind Dixon with two races remaining, finished the test in ninth.

Noteworthy performances came from both part-time entry Jack Harvey, running in the Schmidt Peterson Motorsports entry that is run in affiliation with Michael Shank Racing, as he finished 10th.

Gabby Chaves continues in the Harding Racing-Chevrolet car after sharing the drive with Conor Daly in recent weeks, and was 14th at the end of the day.

Swelling the field to 25 cars this week are Santino Ferrucci in a third Dale Coyne Racing-run car, completing the day in 21st, and Juncos Racing's Alfonso Celis Jr., who finished last after sustaining front-left corner damage with an off at Turn 4.

Carlos Munoz, pictured above, is subbing for the injured Robert Wickens and was 19th in his first test of the 2018 Indycar on a road course, within 0.2s of SPM team-mate James Hinchcliffe.

Portland's open test marked the end of an 11-year absence from Indycar competition. 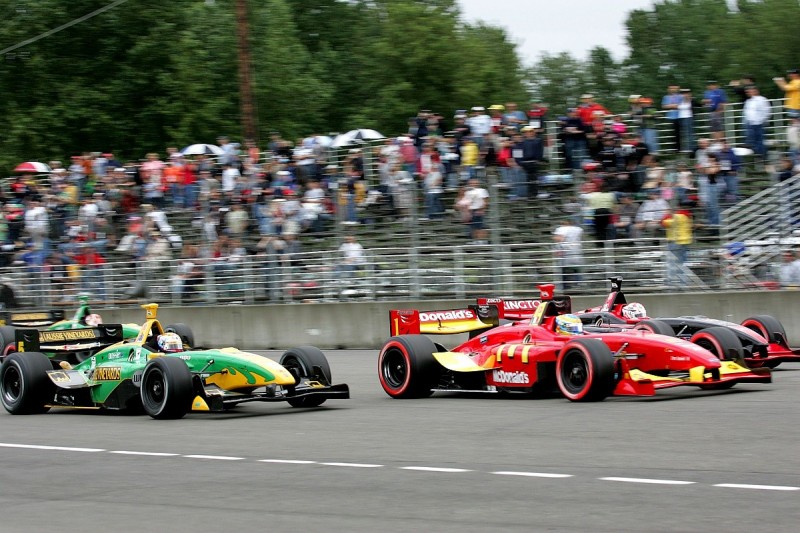