The Mahindra Formula E driver put himself on Ganassi's shortlist after impressing the IndyCar team during a series of successful tests in 2017, although it eventually chose Ed Jones for '18 after target Brendon Hartley switched to Formula 1 full-time.

Jones joined team leader Scott Dixon in a new-look two-car team after a breakthrough debut season with Dale Coyne Racing in 2017, but has managed just two podiums with Ganassi.

He is 12th in the driver standings as team-mate Dixon closes in on a fifth IndyCar title.

With Ganassi now said to be evaluating its options for 2019, Jones has admitted he may need to look elsewhere and he could potentially be replaced by Rosenqvist, but sources have stressed the Swede's plans for next season are far from set.

When asked about his situation with Mahindra, Rosenqvist told Autosport: "It's complicated, I don't really want to disclose any details about my contract.

"It looks like I will continue with them [Mahindra]. I'm also looking at some other things. It's not set, it's quite open.

"In some way, I will continue with Mahindra, definitely. I'm always looking to do other things as well.

"Obviously Formula 1 is not on the poster for me at this point - that would always be the target. Apart from that, I think it's IndyCar or Formula E.

"I think DTM [in which he competed in 2016] is not really in the same place as it was a few years ago. Now it's Formula E or go to the States.

"Those two are top of the list, I would say." 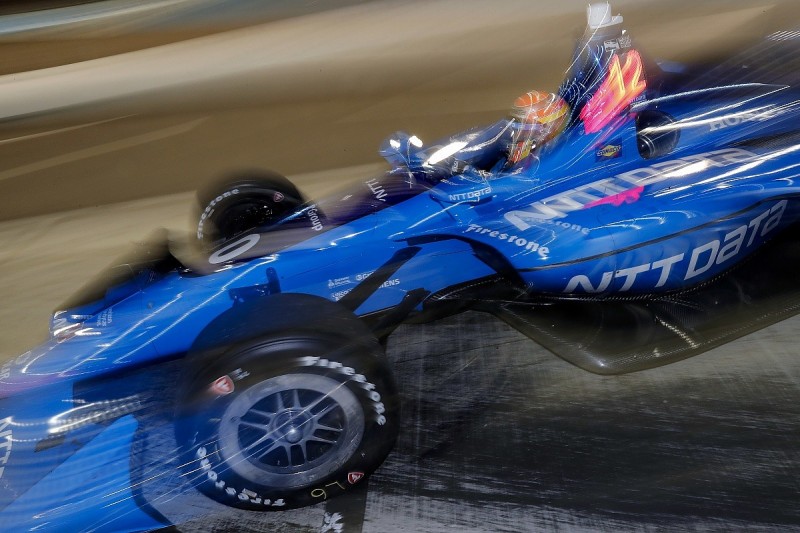 Jones said there was uncertainty over his Ganassi future, and the team reiterated to Autosport that it does not discuss contracts.

"At the moment I've got no plans for next year," said Jones. "I'm not sure what's going on, I'm a bit in the dark, just waiting to see what happens.

"But I'm figuring what options are out there, so I have a back-up in case things don't happen again with Ganassi."

Another IndyCar giant that had been linked to a driver change was Penske, although team president Tim Cindric stressed that Josef Newgarden, Will Power and Simon Pagenaud are committed to the team for the "foreseeable future".

There had previously been speculation - which Cindric stated was "inaccurate and unfounded" - that Pagenaud could have been replaced, with the team linked to Schmidt Peterson Motorsports rookie Robert Wickens before his Pocono injury.

But Pagenaud has recently signed a new contract with Penske that will keep him at the team for at least 2019.