At all ovals aside from Indianapolis, the running order for the one-by-one qualifying is currently decided by names being drawn from a hat - giving an advantage to drivers who run later on an improving track.

Penske drivers landed 11 out of 17 poles over the 2017 season, with Sebastien Bourdais recently describing the team's participation in the fast six as a lockout.

But on ovals its strike-rate was three poles out of six races, all of which were secured by Power.

Team-mate Newgarden said he has spoken to IndyCar's president of competition and operations Jay Frye about a perceived unfairness in oval qualifying.

"The first 10 guys out there in qualifying are just cleaning the track for the next 10 or 12, and the track just gets better and better," he said.

"You see that even in road and street course qualifying. We all sit there and let others clear the track surface and the fast times come at the end of the session, almost always.

"In oval qualifying, you don't have that luxury.

"Your running order is decided already, and if you're one of the first guys, and your main rivals are some of the last guys, you're at a major disadvantage.

"So I've talked with Jay about it because they've got to do something next year to make it fairer.

"They need to reward performance by going later; we can't be having the order decided by drawing names out of a hat."

Both Newgarden and Power were split on what would be a better alternative to the current system.

"I think you should reward practice results," said Newgarden.

"There's a lot that goes with that. I'm sure they can figure out some way - practice speeds or maybe points standings - to do it a better way that's not totally random." 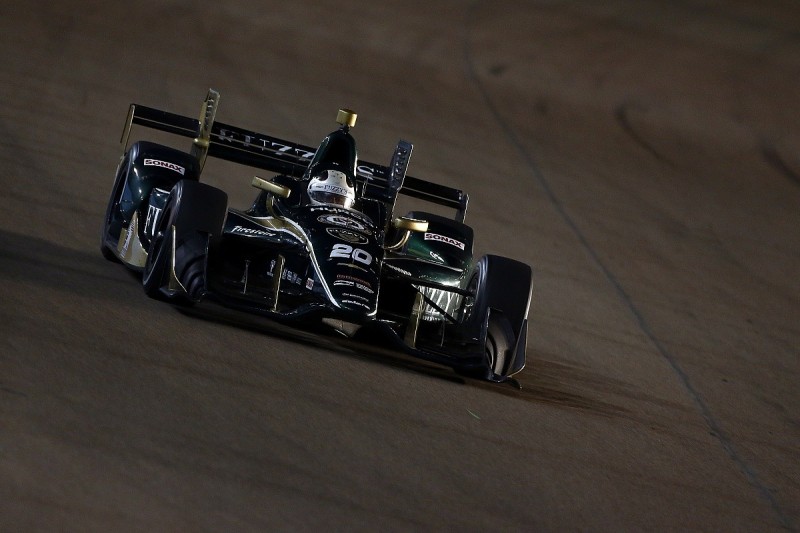 "Maybe you could do it based on oval championship points, and the reason I say that instead of overall points is that it wouldn't be fair on Ed Carpenter [pictured above, who only races on ovals] having to go first every time," said Power.

"But I don't think you should include the double points from Indy because that can spread the points so far apart that you'd end up with the running order at the next few ovals."

When asked if fans preferred the increased competitiveness produced by random qualifying, Power said: "It needs to be done better than how it is now.

"The sport's too competitive to be playing games where one championship contender goes first and gets screwed, and his rivals go last and end up at the front."