The 2004 IndyCar champion has not won a race since '14, his first year with Chip Ganassi Racing.

His four-year spell with the team came to an end this season when Ganassi opted to downsize its operation from four cars to two for 2018, leading him to switch to Foyt.

Kanaan's new team has not won an IndyCar race since Takuma Sato took victory at Long Beach in 2013.

When asked if he could help Foyt find success in 2018, the first season for IndyCar's new universal aerokit, Kanaan said: "I think that's why we got together. We both needed a change.

"We both needed some boosts to put this team in victory lane, and we're doing everything we can.

"With the new car, everybody starting from scratch, that's our chance.

"It's our chance to get ahead of the game with all the resources that we have and the people that we have working for us, and to put it back there.

"We both need it to go back to victory lane, and that's why we actually came together with this partnership to be able to do it."

Team president Larry Foyt said he could only sign Kanaan once he was sure he was committed to his outfit.

"He's got a lot of experience," he said.

"That's going to really pay with this new aerokit and figuring that out quickly, but the one thing I think Tony and I had when we started talking about this is a lot of trust between each other.

"I had to know Tony is not just trying to ride out his last years, that he's going to give 110%, and wants to know that we're going to put all our resources into the race team to give him a chance to win.

"We both knew that this was what we wanted to do and our goals were aligned, and that's why we think it's going to work." 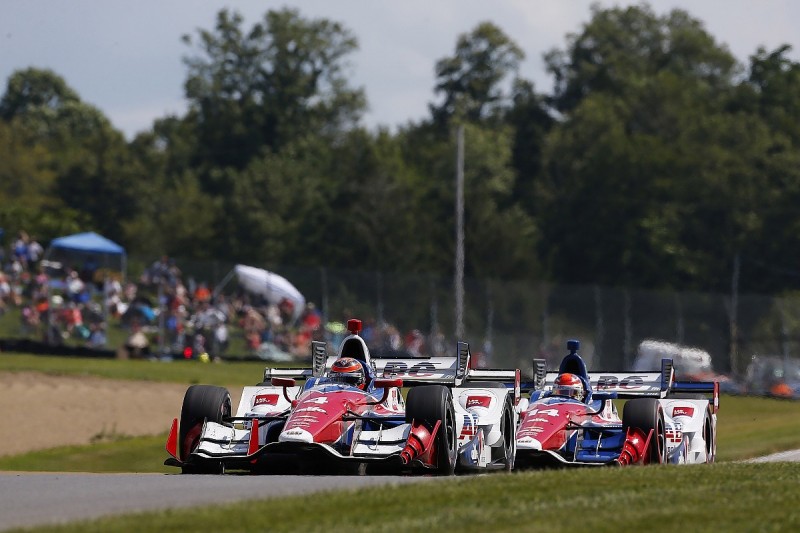 Foyt added no decision has been made on who will partner Kanaan in 2018, with the futures of Conor Daly and Carlos Munoz unclear as the team considers other drivers.

The team boss said the priority had been securing Kanaan, including hiring his race engineer Eric Cowdin who helped him win the Indianapolis 500 in 2013, rather than confirming its current drivers.

"We haven't made any decisions yet," he said. "We're going through everything internally and trying to figure out what direction to go there.

"We've really been focused on getting this deal done with Tony and some of the big engineering pieces here in the team put together, and from there we're just having internal discussions.

"It probably won't be too long, we'll try to come to a decision with that. I don't really have an answer on where that's headed just yet."