Pagenuad won five races on his way to the title in 2016, but his only triumph this year came at Phoenix - which marked his first oval victory in the series.

The Frenchman said he has had to change his approach this season and was surprised by the difficulty of trying to retain his title.

"I think it's even harder to repeat, quite frankly," said Pagenaud.

"I found myself in a great situation last year with a dominant performance, but repeating is even harder just because you have a baseline of things that worked the year before, and you're hoping it will do the same.

"[The] reality is you have to adapt to situations, and this year has been a very different year for me - which is no real explanation for it, it's just the way it is.

"That's what I've found the most challenging thing in the next year of a championship." 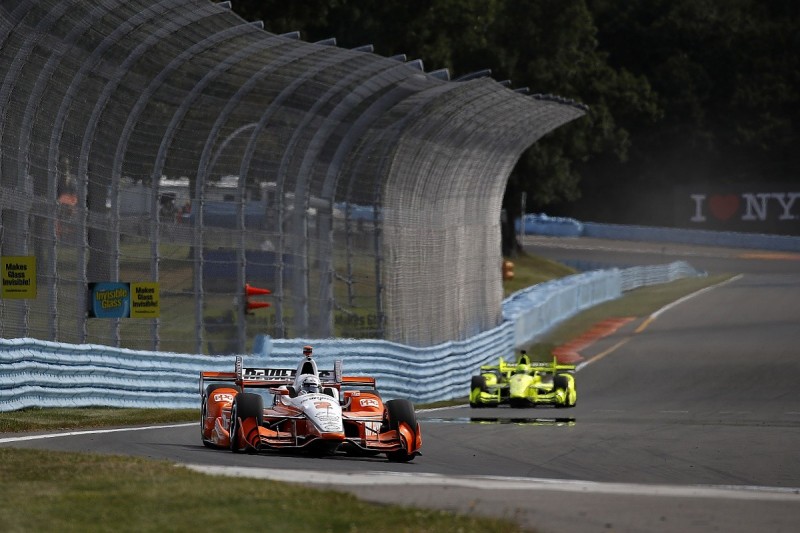 Pagenaud is currently fourth in the drivers' standings with one round of the season remaining and 34 points adrift of championship leader Josef Newgarden, but believes he can still overhaul his Penske stablemate at the Sonoma finale - in which double points are on offer.

"Quite frankly, we have nothing to lose, which is a very pleasant position to be in," added Pagenaud.

"All we've got to do is be aggressive and go to the front and try to win the race.

"It's a very simple way to look at it with not much pressure - to repeat what we did last year there and dominate the weekend.

"All I can control is me, and those situations are my favourite. That's when I do my best."