Veteran IndyCar racer Oriol Servia will return to Rahal Letterman Lanigan Racing for a ninth crack at the Indianapolis 500 next season, with a possibility of adding more races

The 42-year-old Spaniard contested the 500 with Rahal on three previous occasions and took a best result of 11th in 2014.

Servia's best Indy finish was fourth with Panther Racing in 2012, while he also qualified on the front row with Newman/Haas in '11, finishing sixth.

Servia will join full-time driver Graham Rahal at the team, which won the 2004 Indy 500 with Buddy Rice. Both will again be powered by Honda engines.

"I couldn't be more excited to be back," Servia said.

"We've done it before and had some success but both the team and myself are only doing this because we feel we can contend for the win together.

"Since day one in 2009 [when they were paired at Newman/Haas], working with Graham as a team-mate has been great and now at Rahal Letterman Lanigan Racing, it just feels like a family.

"The team has been the best Honda entry the past two years and the objective would be to continue to make the team even better in order to fight the multi-car teams at Indy and also hopefully for the entire season.

"I can't wait to get started. We plan to go for the win at the Indy 500 and at as many other races as we can." 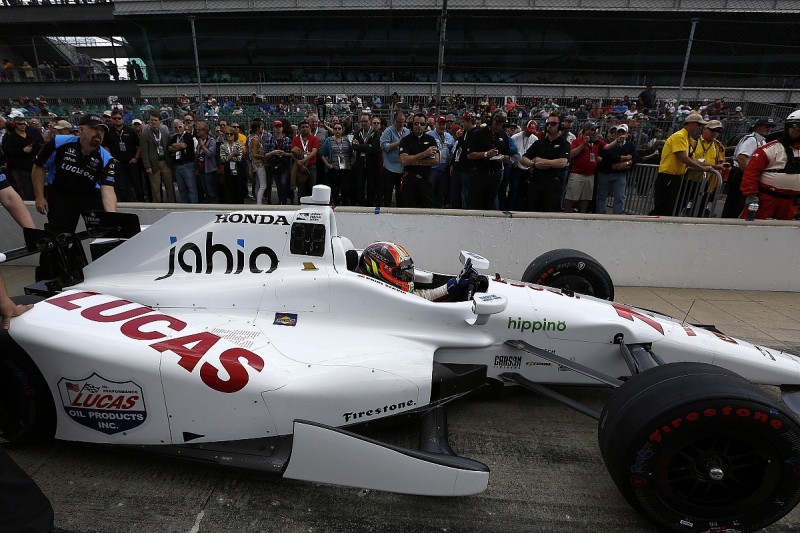 Co-owner Bobby Rahal won the 500 as a driver in 1986 and sees enormous value in Servia's on and off-track contribution.

"Oriol is a talented driver who brings value beyond what takes place on the racetrack," said Rahal.

"His racecraft is that of a veteran obviously but more important than that is his ability to develop the racecar and as a one car team fighting the multi-car teams the last few years, that is a big benefit.

"We have a great chemistry at our team and Oriol fits nicely into our programme."

Max Chilton set for second IndyCar season with Ganassi in 2017