Max Chilton set for second IndyCar season with Ganassi in 2017

Max Chilton is set to remain with Chip Ganassi Racing for a second IndyCar season, completing the team's four-car roster

Ganassi managing director Mike Hull told Autosport in September that the team was working on a deal to retain Chilton for 2017 and after a lengthy negotiation process, it is expected that the ex-Formula 1 driver will be confirmed on Wednesday.

Chilton made the full-time switch to IndyCar this season after a part-campaign in Indy Lights the previous year.

His rookie year was mixed, with a best result of seventh on the Phoenix oval as he finished 19th in the final standings.

The 25-year-old's return to Ganassi is not a surprise as the team indicated its interest in bringing him back before the 2016 season was completed.

"I think it's a good series," Chilton told Autosport in September.

"The teams and the fans are so friendly. The ovals, I'm still not that comfortable with but speaking to Dario Franchitti, he told me it took him three or four years to get comfortable on an oval."

Hull believes Chilton has a bright future with Ganassi, and that he will get better and better with experience given modern IndyCar's testing limits.

"What I like about Max is he's a quality person," Hull said at Watkins Glen.

"He has a lot of integrity about what he does. He came to us already knowing how to drive in a system so there was no time loss there having him learn the internal resources that we have - his team-mates, the drivers, the engineering group, the management, the senior management and the owner.

"It's a terrific opportunity for a driver like Max to be able to excel as he moves along. The benefit will come to all of us when he continues on with Ganassi Racing. 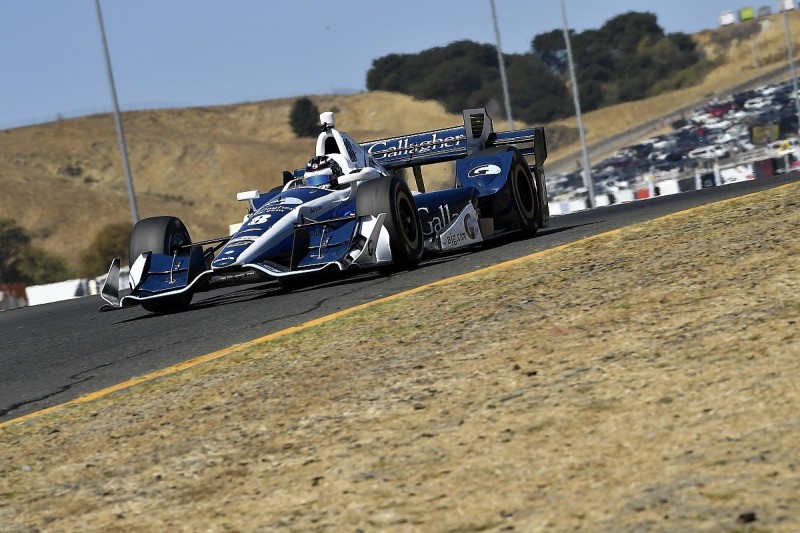 "I think owners need to be patient with young talent to give them at least two to three years of running.

"I'm a firm believer in sports about the 10,000 hours or 10,000 repetitions. You see where drivers are after that. They either flat-line and never get better or others accelerate from that point forward.

"They don't get valuable time away from the racetrack to learn how to race IndyCars the way it once was.

"The veterans we have came from that system and the guys that are going to become veterans are going through this new system we have now that takes two or three years of patience to get them there."

Ganassi will return to Honda in 2017 after three years with Chevrolet that yielded a fourth title for Scott Dixon in '15.

Chilton's deal to stay on alongside Dixon, Tony Kanaan and Charlie Kimball gives the team an unchanged driver line-up.