The 2018 IndyCar season will be the culmination of two years spent trying to make a better-looking and better-performing product, and so far the signs are promising with the most harmonious off-season in recent memory

In February's open test at Sonoma, one IndyCar stalwart - known for his cynicism - remarked: "Is it just me or are we finally on an uptick here? A real one, I mean - not just blowhards saying, 'Everything's great?'

"This is the most positive off-season I can remember since the [Indy Racing League/Champ Car] merger 10 years ago. Actually, more positive, because the merger was needed but, those first couple of years were rough. And we lost a lot of good people."

The contrast with 2018 is stark. Four new teams are joining with Carlin and Harding Racing bringing three cars between them full-time, with Juncos Racing and Michael Shank Racing bringing part-time entries.

Add in a second car at Rahal Letterman Lanigan Racing for Takuma Sato, and it more than offsets Ganassi's downsizing to two cars and Penske moving Helio Castroneves over to its IMSA Sportscar Championship programme.

A good reason for the influx of new cars is down to the new aerokit, fitted to the venerable IR12 chassis. The universal design should end the costly manufacturer war caused by Honda failing to get on top of the manufacturer aerokit.

With costs lowered, IndyCar has even given two free aerokits to full-season entries, and interest has grown.

It also helps that the car is a looker. I've always thought that governors of any spec or near-spec series should feel obliged to make their cars visually appealing and that US open-wheel racing has been poorly served in this millennium, with the exception of the 2007 Panoz DP01 Champ Car (below). 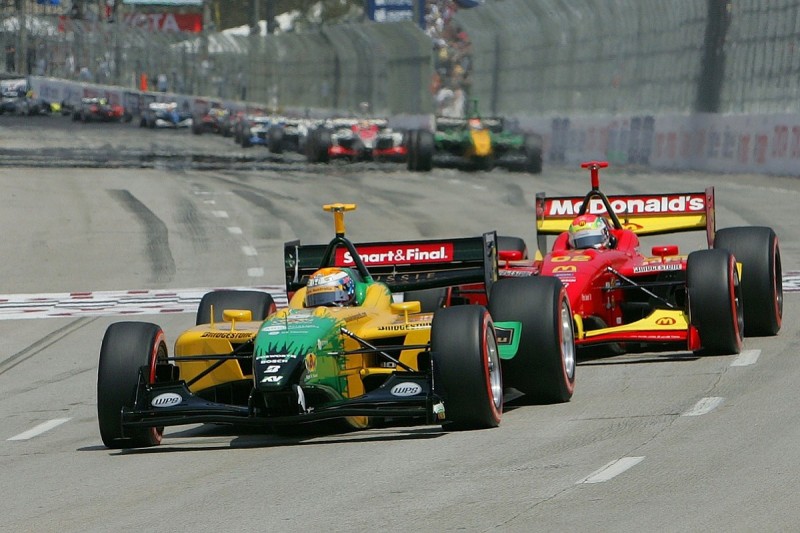 The original Dallara DW12 of 2012 was a welcome change from the IndyCar IR05 relic but was disappointingly awkward from certain angles.

Then the manufacturer aerokits arrived and not only did they create the costs hike mentioned earlier, they appeared to be a cross between one of those demented multi-wing planes from the early days of aviation and an IKEA bookshelf.

For three years, IndyCar effectively refuted the late, great Dan Gurney's assertion that there's no such thing as an ugly car in victory lane.

So, it's no wonder the new aerokit has won such praise.

"It's good to hear those comments," says Jay Frye, the series' president of competition and operations. "Once we'd decided on the technical philosophy of the car, we contacted Chris Beatty, a design consultant in England.

"We knew the aesthetics of the car were important and Chris really gave it some style. Once we had a cool design, we then reverse engineered it to follow our new tech direction."

But looks are just one aspect, and the car has to race well. Early signs suggest the changes have increased the importance of driver talents, thanks to a removal of between 25-35% of its downforce by removing ugly aero appendages. With braking zones made longer and swathes of downforce generated from under the car, overtaking should be aided too. 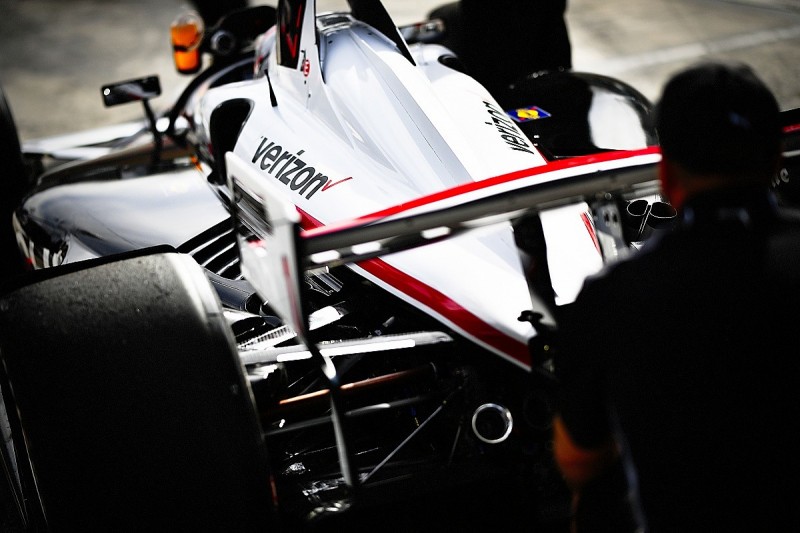 With Honda, Chevrolet, series partner Dallara and the input of experienced drivers like JR Hildebrand and Tony Kanaan, IndyCar has arrived at a car that's created widespread unison.

IndyCar stresses this is down to two areas: a five-year plan to push IndyCar to the next level and constant communication with relevant parties, led by Frye.

"Jay's been good for us," said one team manager. "He gives us a chance to voice opinions, but he leads us. If we start getting bogged down, he's like [claps hands], 'Come on guys: it's your deal. Let's reach a decision.'

"If we need more time, he'll say, 'OK, go away and think about it but we need to nail it next time'.

"Or if we all agree that IndyCar needs to come up with different ideas, he'll listen. He doesn't just force things through.

"The other thing is that he's been listening to us about costs which we appreciate during a time when we've had to get new equipment, bodywork, and so on. Not everyone has resources like Roger [Penske] and Chip [Ganassi]."

That's paired with a stable calendar, only Portland is new this year, although IndyCar failed to make a race in Mexico stick.

Smaller tweaks such as a stable race control and minor rules changes such as a reduction to Indy 500 qualifying points have also helped.

2018 is the year for IndyCar to verify that it has the best possible product on track to lure back previously disenchanted fans, keep the present fans tuning in, and attract new fans.

If the participants can maintain their current outlook of working for the common good and IndyCar can actually sell this product, then momentum can evolve into a revival. 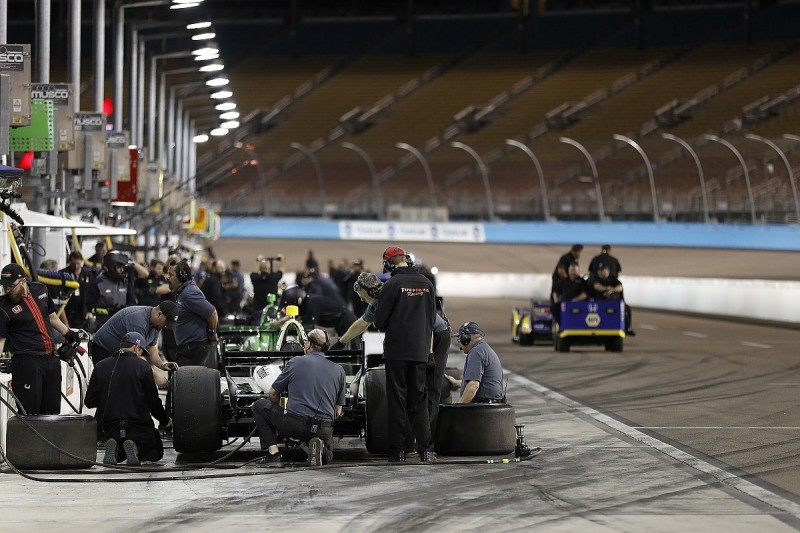