Josef Newgarden says aggressive IndyCar drivers have been "pushing over the edge" in recent races, which he believes is down to a reliance on the toughness of the cars.

Chip Ganassi Racing team-mates Scott Dixon and Alex Palou were sent into the wall during a lap 65 restart in Saturday’s final oval race of the IndyCar season at Gateway’s Raceway. They were tagged by Ed Carpenter Racing's Rinus VeeKay, the subsequent crash eliminating Palou and VeeKay on the spot.

Dixon limped his car back to pitlane where the #9 Ganassi crew spent several laps repairing the car for him to return to the fray and get another 35 laps under his wheels.

Afterward, the six-time champion told NBC Sports that there had been “erratic and crazy driving out there” which race control needed to look at but that was going “unnoticed.”

Newgarden, who went on to score his second win of the season and move to just 22 points off the championship lead, was asked about his rival's comments – and concurred, having seen it first-hand at the previous round at Indianapolis Motor Speedway’s road course when he started 20th.

“I was just trying to protect my racecar,” the two-time champion said of his IMS race.

“Literally was just trying to not wreck while being aggressive and going forward myself.

“I think people are driving aggressively these days. You almost have to match it to some degree because if you don't you just get run over.

“You're sitting there going, ‘Why are you running me over?’ Doesn't matter who is right or wrong at that point; you still got ran over, right?

“I would agree with [Dixon]. Everyone just drives real aggressive these days. They push the cars to the limits, they push how much they can touch or not touch. With these cars you can touch a lot and generally get away with it. I think people are pushing over the edge of that at times.” 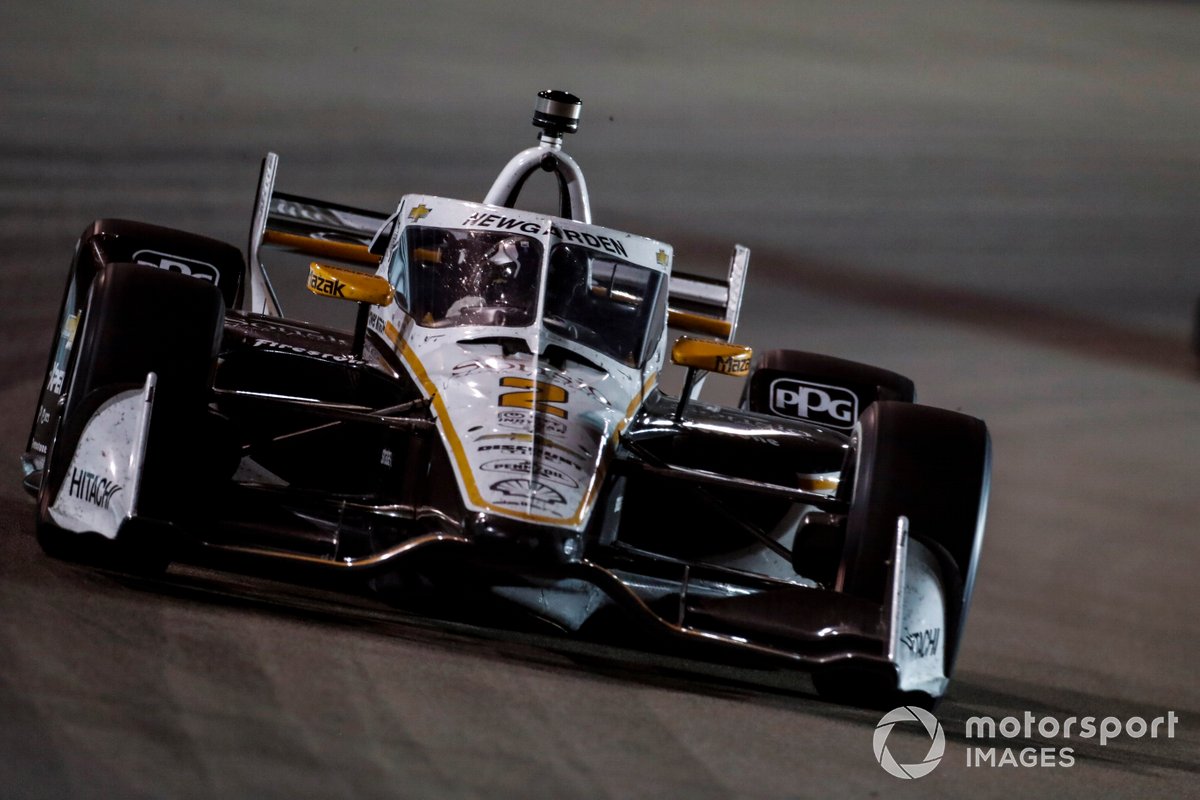 Newgarden himself had his own incidents in the two races highlighted, nudging Takuma Sato off the road on the penultimate lap of the Indy race, and then having a side-by-side collision with team-mate Simon Pagenaud on the lap 16 restart at Gateway as they duelled over third place.

Newgarden put the clash, which broke Pagenaud's front wing, down to “some sort of miscommunication”.

Asked if there was anything which could be done about the standards of driving, he said some of it would come down to“self-policing”.

“If you're running up front around the same guys every weekend, I don't think you're going to have multiple instances week after week,” he said.

“There's no way you can sustain it. In some ways that's self-policing. You're not going to get a lot of multiple offences.

“The hard thing nowadays is you're up and down the grid, it's really hard to stay at the front nowadays.

“Every now and then we find ourselves all over the grid, I'm not always around the same people. You end up having run-ins with people you don't see very often during the year.

“I think that's part of what's aggravating the situation, is the field is so competitive, it's jumbled up every weekend. Different people are around each other all the time now.

“Couple that with aggressive driving, you're just having a lot more moments I think where people are upset with each other.

“It's kind of the nature of the beast right now. It's so competitive and so tight as far as performance goes, you almost have to be aggressive to get in front of people and find an edge.”