Josef Newgarden put Team Penske on top in first practice at Mid-Ohio for the IndyCar Series’ 10th round of the 2021 season.

The two-time IndyCar champion was a quarter second ahead of Arrow McLaren SP’s Pato O’Ward with an average speed of 120.870mph around the 2.258-mile course.

Local hero Graham Rahal was fifth fastest for Rahal Letterman Lanigan Racing, although team-mate Takuma Sato had an off in the penultimate turn which cost him some track time as he got his car's nose and suspension repaired.

Not surprisingly, Romain Grosjean shone again, clocking sixth fastest in the Dale Coyne Racing with RWR, half a second from top spot, and ahead of the six-time Mid-Ohio winner Scott Dixon for Chip Ganassi Racing.

Sebastien Bourdais put in a spectacular final lap for AJ Foyt Racing which couldn’t quite eclipse his best effort that left him seventh but ahead of championship leader Alex Palou for Ganassi.

James Hinchcliffe, who has appeared to be struggling for form this year, made it into the top 10, just ahead of five-time Mid-Ohio polesitter Will Power and Simon Pagenaud

Making his comeback after his Detroit Race 1 shunt, Felix Rosenqvist caused a red flag with a spin in the second Arrow McLaren SP, but eventually put in a time half a second off team-mate O’Ward in 13th. 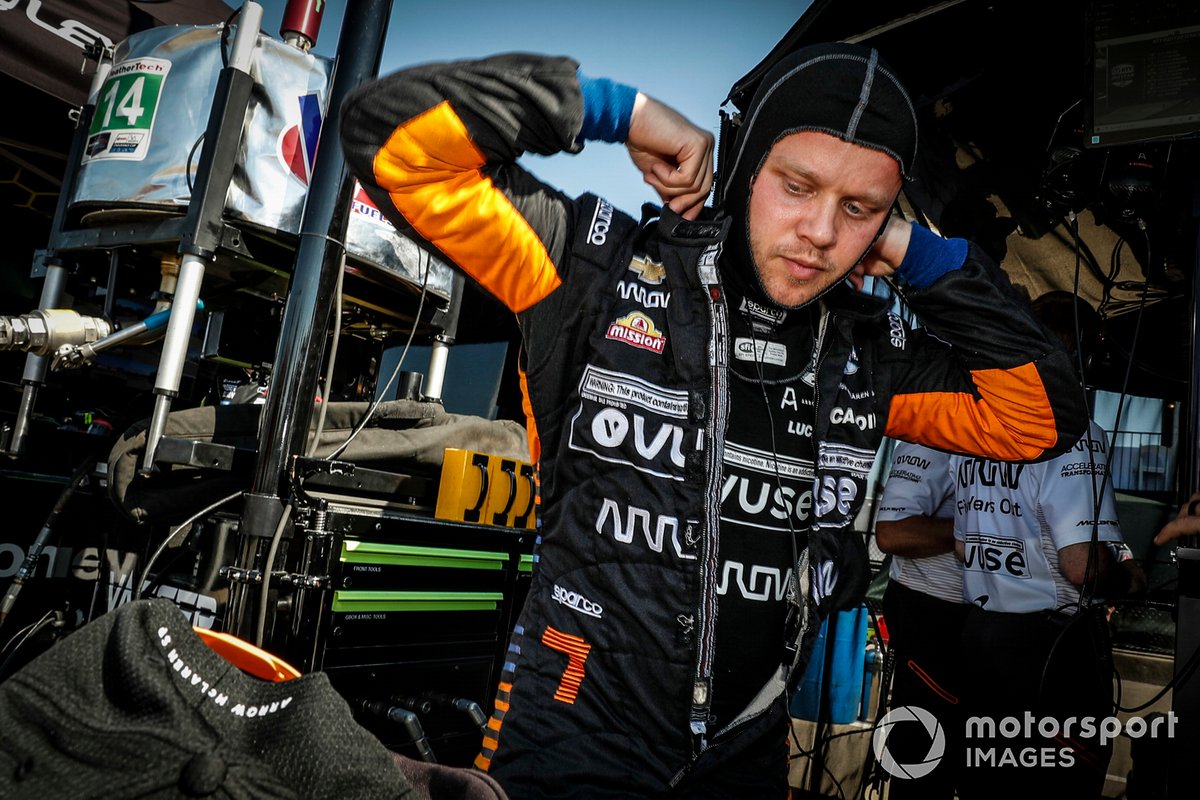 Colton Herta, who, along with Power, scored a race win in Mid-Ohio’s double-header last year, had a huge moment after the blind crest leading through Thunder Valley, but survived it without brushing a wall, and finished the session in 14th.

Rinus VeeKay, in 17th, finished the session within a hundredth of Ed Carpenter Racing team-mate Conor Daly in 16th place, as the Dutchman drove an IndyCar in anger for the first time since breaking his scapula when on a training ride.

Ryan Norman, making his IndyCar debut for Dale Coyne Racing this weekend, did a thoroughly respectable job to end up 1.55s from the ultimate pace in 22nd, while Jimmie Johnson – who had never driven any type of car at Mid-Ohio – was 2.56s off the pace and 2.1s off fastest team-mate Dixon.

What could have been: IndyCar's lost talent turned tin-top star