NASCAR legend Jimmie Johnson says he’s avoiding setting expectations that might prevent him performing at his best in his IndyCar debut at Barber Motorsports Park this weekend.

The seven-time Cup champion is set to drive the #48 Chip Ganassi Racing-Honda for all 13 road and street courses on the 2021 IndyCar schedule, with 2004 IndyCar champion Tony Kanaan taking over the car for the four oval races including the Indianapolis 500.

Having raced at the Cup level for two decades, winning 83 races, Johnson has been frank in admitting that he has a lot to unlearn as he adjusts to single-seater racing,

Team boss Chip Ganassi said he had been impressed by Johnson's work ethic and felt his new signing had the talent and racecraft to "maybe squeak a win out" in his rookie year.

The 45-year-old has tested at the Alabama circuit, but having not taken part in a real practice session "to understand the intensity and the pace" said he was eager to avoid putting any expectations on his performance.

“My last test session here at Barber, I know where I rank in the overall running order of cars that were here testing - I wasn't last, so that's a good thing," he said.

“Of course, I'm hopeful that that will be the case over the weekend, but I just don't know.

PLUS: The six major IndyCar subplots to follow in 2021

"I really don't want expectations to play any effect on my attitude or my approach to what I need to do here.

“I can't state enough just how little experience I have in these cars, how different they are than what I've grown up driving. It's just going to take me this year. It's going to take weeks, months, this season to really find that last bit of speed and be in the mix with these guys. 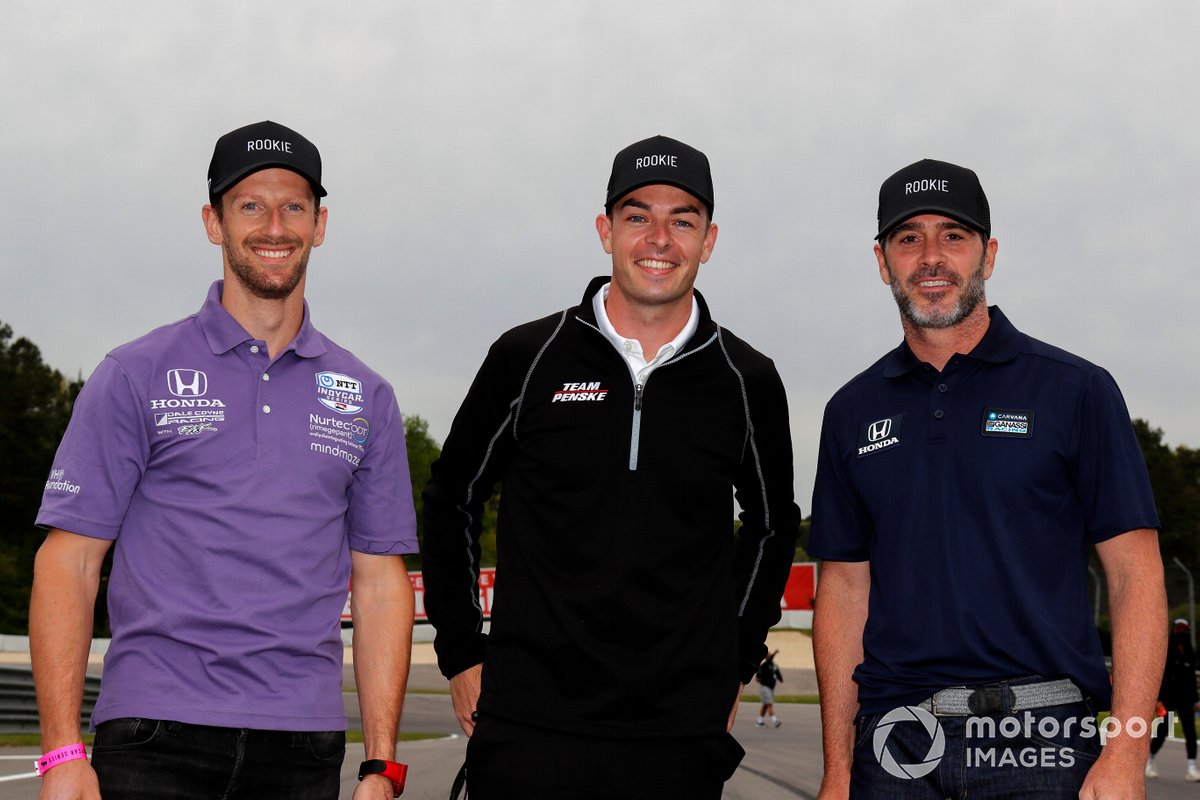 “Ultimately I need to make every lap that I can. If I go out there and try too hard, make a mistake and tear the car up, miss practice time, crash out of the race early, I'm costing myself valuable time.

“I need to enjoy this moment. Making sure I run as many laps as possible is the first goal. Tomorrow after the practice session, I might be able to adjust that goal and raise the bar some.

“I'm trying to set realistic expectations for the fans watching. I know many of my hardcore fans expect me to hop in and be right at the front of the pack. I'd love that to be the case, but I have a long road to get there.”

Johnson added that he has held discussions with Ganassi about trying an IndyCar on an oval, but said there was “no timeline” for now.

“I've let the team know, we've talked a little bit about it,” he said.

“We have so much going on with starting this team up, obviously focusing on [team returnee] Tony, his opportunities this year in the #48 car on the ovals.

“There's really nothing there yet. There's a sliver of an opening that maybe something can come together for the future.”