The Spaniard, heading into his second season in IndyCar, produced a 1m06.472s lap to take top spot ahead of Andretti Autosport’s Colton Herta, who went just 0.017s short of displacing him.

Defending series champion Scott Dixon should have jumped up to the top of the times late on, but the Chip Ganassi Racing ace's best time was deleted after being set during a red-flag incident when his former team-mate Felix Rosenqvist had an embarrassingly slow crash in his Arrow McLaren SP.

With just under 10 minutes to go, the Swede understeered into the barrier coming into the pitlane as he attempted to negotiate the downhill left corner while applying his pitlane speed limiter.

“The steering wheel kind of slipped out of my hand, it was a stupid mistake but it is what it is,” Rosenqvist said after the session, having still finished FP1 in 10th place, five spots behind team-mate Pato O’Ward.

“The heaviness of the steering in these cars, sometimes you can’t hold with just one hand on the wheel without losing it. It was in slow motion and an awkward thing but the car felt good anyway.”

Fastest rookie was Penske’s Scott McLaughlin in eighth place, just 0.015s adrift of two-time Barber winner Will Power, but ahead of the third Ganassi car of Marcus Ericsson. 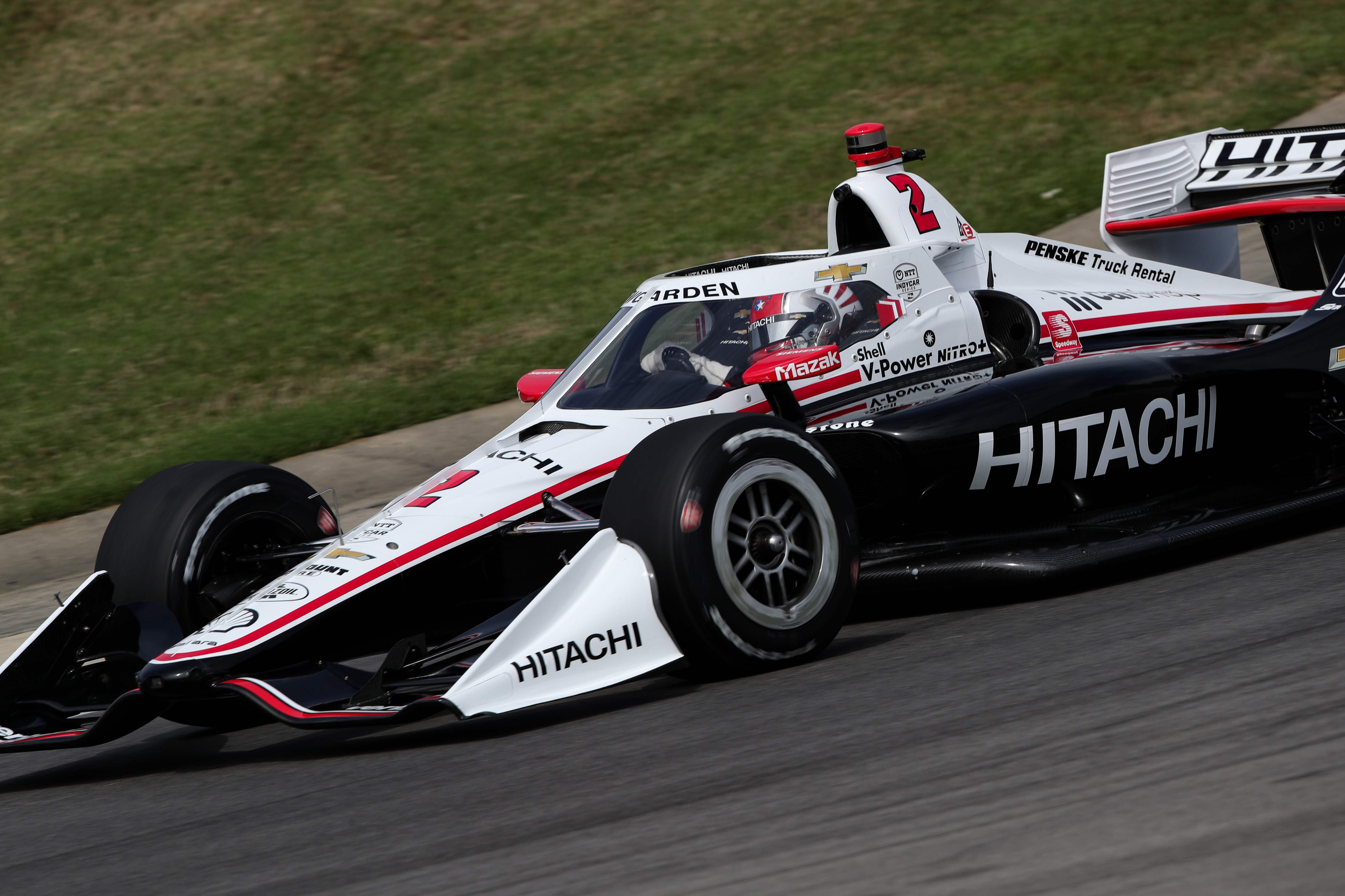 Fellow rookie Romain Grosjean was around half a second slower than his Dale Coyne Racing team-mate Ed Jones, the ex-Formula 1 driver finishing the session in 21st ahead of his first race since his fiery crash at last year’s Bahrain Grand Prix - when he was fortunate to escape the wreckage of his Haas car with only burned hands.

Although Johnson wound up in last place on the timesheet, surviving a slight moment on the grass through the high-speed Turn 10 right-hander, he was within 1.5s of his pacesetting team-mate Palou and only 0.186s slower than Carlin’s Max Chilton.