Penske Entertainment says that conversations are ongoing with Ferrari over building an IndyCar engine when the series switches to 2.4-litre hybrids in 2023

In May this year, Ferrari Formula 1 team principal Mattia Binotto said that the Scuderia was evaluating the possibility of entering IndyCar when F1's budget cap comes into force.

Rather than make employees redundant, Binotto explained that Ferrari would seek to find series that fit the marque's criteria, as it "feels a lot of social responsibility towards its employees and we want to be sure that for each of them there will be a workspace in the future".

IndyCar was due to adopt its new engine formula in 2022, but this was deferred by a year to spread out costs for teams impacted by the coronavirus pandemic and to allow prospective new entrants to join Honda and Chevrolet, the manufacturers of the current 2.2-litre twin-turbo V6 engines.

Reports in Italy suggest that Ferrari eschew an IndyCar engine programme and instead follow Peugeot and Audi in committing resources to a Le Mans programme, following confirmation to Autosport in August that it was evaluating a Le Mans Hypercar programme.

Ferrari has been a fixture in the GTE-Pro class at Le Mans during the FIA World Endurance Championship era, winning its class in 2012, 2014 and 2019, but hasn't won overall since the NART-entered Ferrari 250LM of Jochen Rindt and Masten Gregory prevailed in 1965.

It remains the third most successful manufacturer in the history of the 24 Hours, with nine wins between 1949 and 1965.

But in response to Autosport's enquiry regarding IndyCar, series owner Roger Penske responded with a written statement in which he revealed that conversations with Maranello are ongoing. 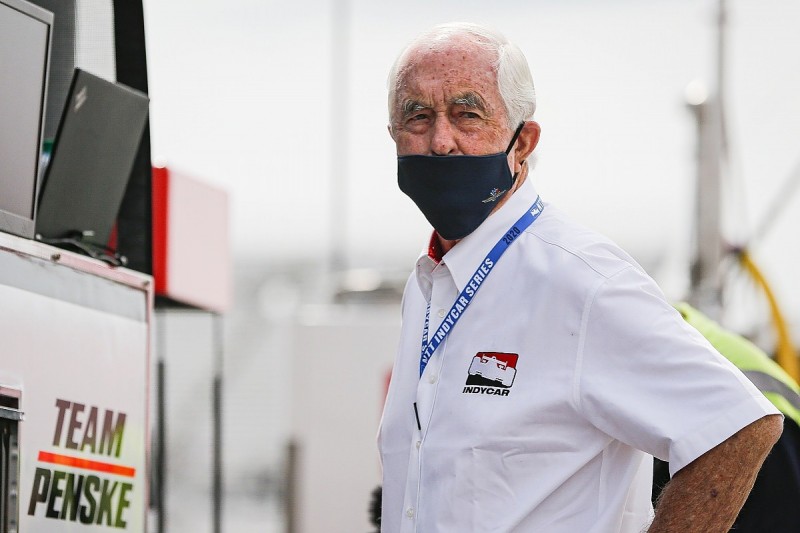 "Attracting additional OEMs is one of our key strategies for the IndyCar Series," said Penske, whose eponymous outfit competed with Ferraris in Can-Am in the 1970s.

"We continue to have in depth conversations with several different companies who remain interested in joining the sport.

"Ferrari is one of those brands who have shown interest and we remain in conversations with them about the opportunity to join IndyCar."

IndyCar last had three race-winning engine manufacturers in 2005, when Toyota competed against Honda and Chevrolet.

It has not had a third manufacturer since 2012, when Lotus produced underpowered units that the majority of its customers quickly traded for alternative suppliers.