McLaren CEO Zak Brown believes the 2021 Arrow McLaren SP line-up of Pato O'Ward and Felix Rosenqvist holds a "superstar" status, and that the team hit its targets for 2020

Speaking to the media ahead of this weekend's Sakhir Grand Prix, the penultimate round of the 2020 Formula 1 season, Brown declared himself content with the first year of the Arrow McLaren SP programme.

Despite this being his first full season in IndyCar, O'Ward claimed a remarkable fourth in the IndyCar drivers' championship, finishing four races on the podium and claiming a pole position.

With Oliver Askew (who also claimed a podium) now gone, the second car will be driven by Rosenqvist in 2021. The Swedish driver claimed his first IndyCar victory this year driving for Chip Ganassi Racing, when he hunted down and passed O'Ward in the second Road America race (pictured above), overtaking the Mexican 20-year-old on the penultimate lap.

"I'm really happy with how IndyCar played out this year. I think we've found a superstar in Pato O'Ward. He's been extremely impressive," Brown said, when asked by Autosport about O'Ward's performances.

"I think Felix Rosenqvist is another superstar. He's won in pretty much everything he's done, so I think we're going to have a great driver line-up.

"Everything that we hoped to achieve in year one we've achieved. We have integrated McLaren Racing into Arrow McLaren SP, so we have a nice, great team back at the MTC [McLaren Technology Centre] dedicated to IndyCar and also spending a lot of time at the IndyCar races. 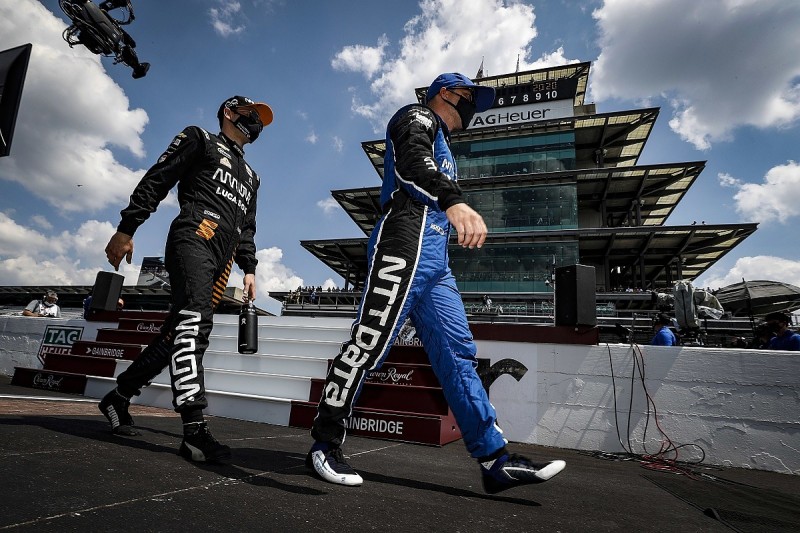 "And commercially, Arrow Electronics, which is the title sponsor of our IndyCar team, we hoped to expose some of the IndyCar partners to Formula 1, we've done that, Arrow joined us in Formula 1 and just announced yesterday a long-term extension.

"On the flipside, BAT [British American Tobacco, whose Vuse vaping product is marketed on the McLaren cars] is a very important partner to us in Formula 1 and are involved in our IndyCar team.

"So finishing fourth in the championship with Pato, almost winning a race, a handful of podiums, two exciting drivers and commercially our Formula 1 partners supporting our IndyCar team, our IndyCar partners supporting our Formula 1 team - that ticked all the boxes that we hoped to when we laid out the criteria of why we wanted to get involved in IndyCar.

"So a good place to start from and hopefully win some races next year."

Brown also confirmed that the team will run an extra entry in the 105th running of the Indianapolis 500 next May. The team that McLaren bought into, Schmidt Peterson Motorsports, has a tradition of running strong third - and even fourth - entries at the Brickyard, and this year that entry was for Fernando Alonso.

"We're going to run a third car in the Indy 500 again," said Brown, later adding, "I think we're in a good place. We don't have anything done yet, but I think we will shortly."