Rossi had led after the first flying laps of the 'Fast Six' final phase, before Power surged to the front in the final seconds with a new fastest lap at Portland, completed in 57.3467s, that beat Justin Wilson's 2007 record.

Power now has the second-most pole positions in Indycar, moving him clear of AJ Foyt, and his Portland effort keeps him on the fringes of title contention.

Reigning champion Newgarden followed his team-mate into second in the dying seconds despite a messy qualifying session.

The Penske driver almost missed out on the Fast Six before a late lap in the top 12 segment placed him just inside the cut for the final shootout.

Newgarden then began his Fast Six bid with a huge lock-up at Turn 1 that forced him into a one-lap dash to decide his place on the grid.

While Rossi lost a pole position to the Penske duo, Newgarden's late progression into the final six might never have happened without a disastrous qualifying for title favourite Scott Dixon. 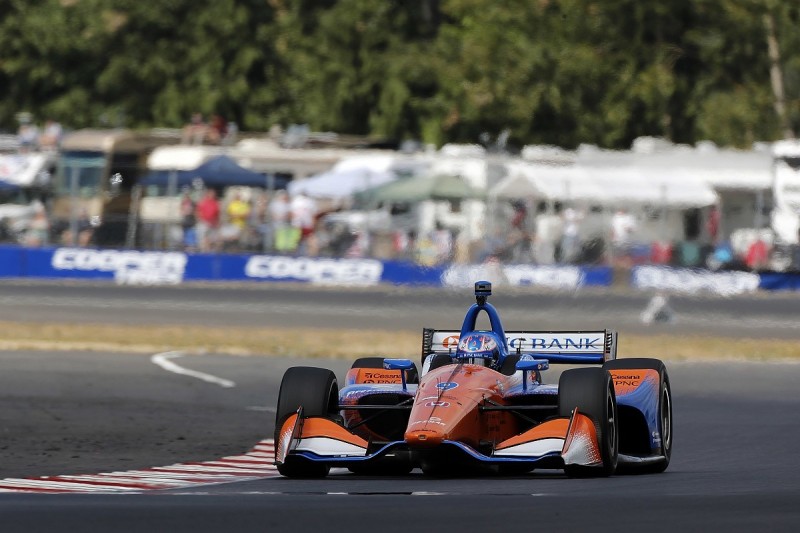 The Chip Ganassi Racing driver holds a 26-point lead over Rossi, but struggled for grip on both the red- and black-walled tyres and could only qualify 11th after a late attempt to displace Newgarden from the Fast Six.

Dale Coyne Racing's Sebastien Bourdais was an impressive fourth after his team was forced into a hasty pre-qualifying repair job when the Frenchman crashed out of third practice following a lap that was good enough to top the session.

Ryan Hunter-Reay and Zach Veach made it three Andretti cars in the top six by qualifying fifth and sixth respectively.

Marco Andretti could only secure ninth and was the only Andretti driver to fail to make the Fast Six.