Ferrucci has been retained by Haas but lost his Formula 2 drive with Trident after earning a ban for deliberately driving into team-mate Arjun Maini at Silverstone in June.

He was also fined for driving without a glove on, having been using his mobile phone while driving between paddocks in his F2 machine.

Ferrucci made his IndyCar debut in Detroit earlier this year in a one-off stand-in outing for DCR, and has now rejoined the team for the final two rounds after his exit from F2.

"We weren't there to witness all the things that went on in other formulas so we can't judge fairly," Coyne told Autosport.

"All I can say is that Santino hasn't been that way around us at all. Not Detroit, not here, and not in the other races in between where he's visited and interacted with us.

"Look at Haas - they didn't throw him into the weeds, and nor will we." 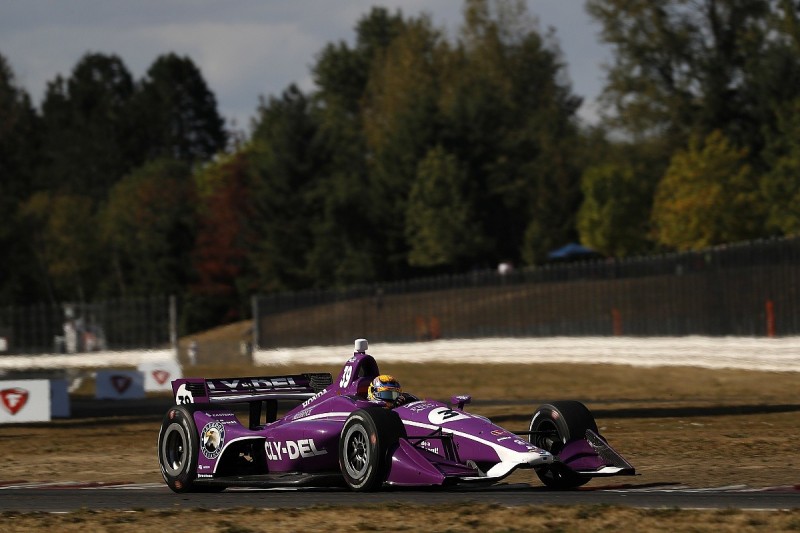 Coyne said he has been impressed with Ferrucci's ability to adapt to IndyCars, especially as he has chosen to go in a very different set-up direction to experienced team-mate Sebastien Bourdais at Portland this weekend.

That was rewarded with third place in the second practice session on Friday, although several drivers had not set representative times on IndyCar's faster red-walled tyres.

"Whenever he's in the car, he's quick," Coyne added.

"Maybe this will lead to more races next year.

"He's listening to Sebastien, but he drives the car very differently, so his set-up has gone in a different direction.

"He doesn't like understeer like Sebastien does. He's got recent kart experience so he throws it in hard, and deals with the rear."

Asked if Ferrucci was a consideration for a 2019 drive, should Pietro Fittipaldi move elsewhere, Coyne said: "Yeah, I think so.

"He's doing a nice job. But we're still looking at all of our options for next year."

Ferrucci will start Sunday's race from 18th on the grid.