Alexander Rossi has been penalised 20 IndyCar championship points and his Andretti Autosport team fined after his Indy GP-winning car was found to underweight and in violation of two rules.

Rossi led 44 of the 85 laps to record his eighth career IndyCar win and his first in more than three years. However, following post-race technical inspection last Saturday, the #27 Andretti Autosport was found to have reached minimum weight in a manner not allowed by the IndyCar rulebook.

As a consequence, IndyCar has fined Andretti Autosport $25,000 and penalised Rossi 20 points.

The penalty cuts Rossi’s points tally from 298 to 278, putting his points deficit to championship leader, Team Penske’s Will Power, to 153 with only four rounds remaining.

It also means Rossi slips from ninth to 11th in the championship, so that Colton Herta is now Andretti Autosport’s top contender in the standings in ninth with 285 points. Their team-mates Romain Grosjean and Devlin DeFrancesco sit in 14th and 23rd respectively.

“From a sporting perspective, the car met minimum requirements,” said IndyCar president Jay Frye. “From a technical perspective, the way [Andretti Autosport] achieved the weight is not allowed.

“To meet minimum weight, the drink bottle and its contents were used as car ballast, which is not permitted and why the team is being fined and penalised.” 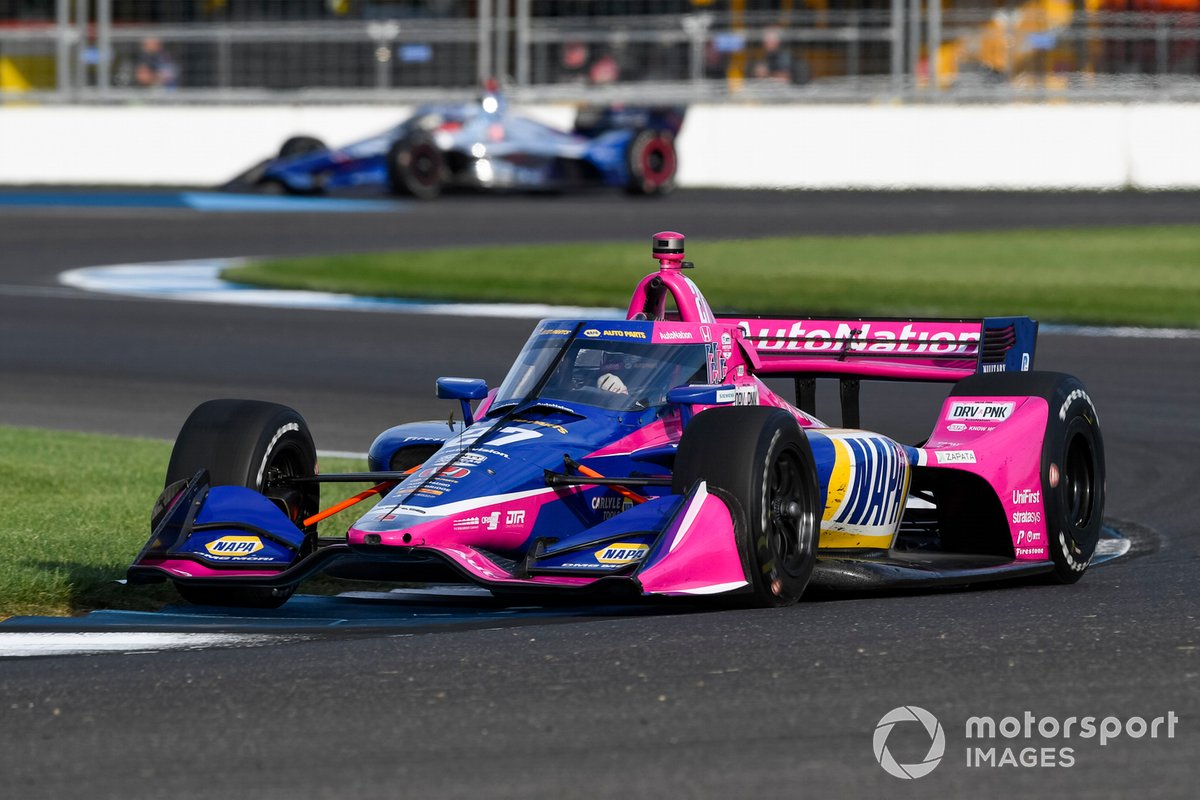 Although IndyCar stated that “members may contest the imposition of the penalties detailed in the review and appeal procedures of the NTT IndyCar Series rulebook,” team boss Rob Edwards informed Autosport the squad accepts the penalty.

Rossi is set to leave Michael Andretti’s squad at the end of the season to join Arrow McLaren SP as it expands to three cars.

Rossi, who finished in the top three of the IndyCar championship in 2018 and '19, will be replaced at Andretti by current IndyCar rookie and 2021 Indy Lights champion Kyle Kirkwood, who will join alongside the retained Herta, Grosjean and DeFrancesco.