Josef Newgarden ended his run of bad luck to win the IndyCar race at Mid-Ohio, holding off a late-race charge from Marcus Ericsson to secure his first victory of the year.

Newgarden had led the most laps in the previous two IndyCar encounters at Detroit and Road America, but flagging tyres and mechanical issues contrived to deny him victories in either event.

But with pole, Newgarden was able to keep ahead of fellow front-row starter Colton Herta in the early stages, eventually building a three-second lead prior to the first round of pitstops.

Herta then suffered an issue with the refuelling rig’s fuel probe, which left him stationary in the pitlane for far longer than desired, to ease the pressure on Newgarden.

Having shuffled down the order, Herta was thrust down to seventh after getting overtaken on his exit from the pits by Graham Rahal.

This promoted Ericsson up to second, but with a solidly sized gap to Newgarden – which waxed and waned over the course of the race.

But, within the final 15 laps, Ericsson began to catch Newgarden, breaching the five second barrier and continuing to eat into the Penske driver’s lead.

With the laps continuing to tick down, Ericsson put Newgarden under immense pressure, getting to within a second as the two-time champion began to struggle on the exit of Turn 9.

On the final lap, with Ericsson bearing down on him, Newgarden kept it clean and sank his push-to-pass into his defence of the lead – and Ericsson instead got a little untidy into the ninth corner on the last visit to allow Newgarden to finally end his recent hoodoo. 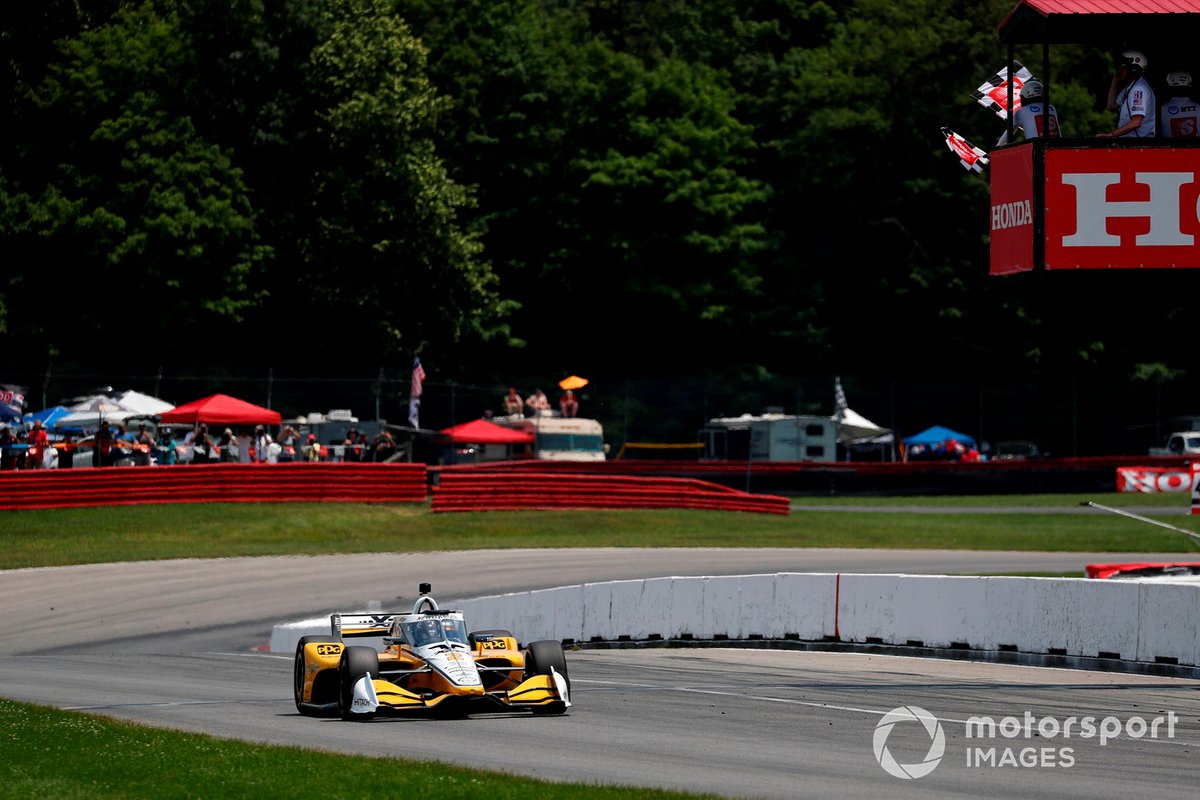 Ericsson was a colossal 21s clear of Chip Ganassi Racing team-mate Alex Palou, who extended his lead in the standings with his sixth podium of the year.

Scott Dixon finished fourth after getting jumped by Palou in the final round of stops, securing a 2-3-4 for the Chip Ganassi Racing squad.

The six-time IndyCar champion had to fend off the advances of Alexander Rossi in the second half of the race, and had earlier endured a skirmish with Will Power following the first restart.

Power was dumped out of the race in the middle of his battle with Dixon for fourth on that restart, with Dixon pinching the Australian on the exit of Turn 5 to tip Power into a spin.

Producing huge clouds of tyre smoke at the bottom of the crest, his wayward Penske-run car was unsighted by Ed Jones who careened into him to end the Dale Coyne Racing driver’s race too.

The first caution period had been produced by contact into Turn 4 on the first lap; Ryan Hunter-Reay was caught out amid the pack of cars and had to stamp on the brakes to avoid Rahal – which brought Hunter-Reay into the path of James Hinchcliffe, who turned his Andretti team-mate into the wall.

Both Hunter-Reay and Hinchcliffe were able to continue with surprisingly minimal damage, albeit well down the order.

In a tough day for the Andretti squad, Rossi secured his best result of the season with fifth, but was unable to make an impact on Dixon while caught in a thrilling battle for fourth, in which he was simultaneously under pressure from Rahal. 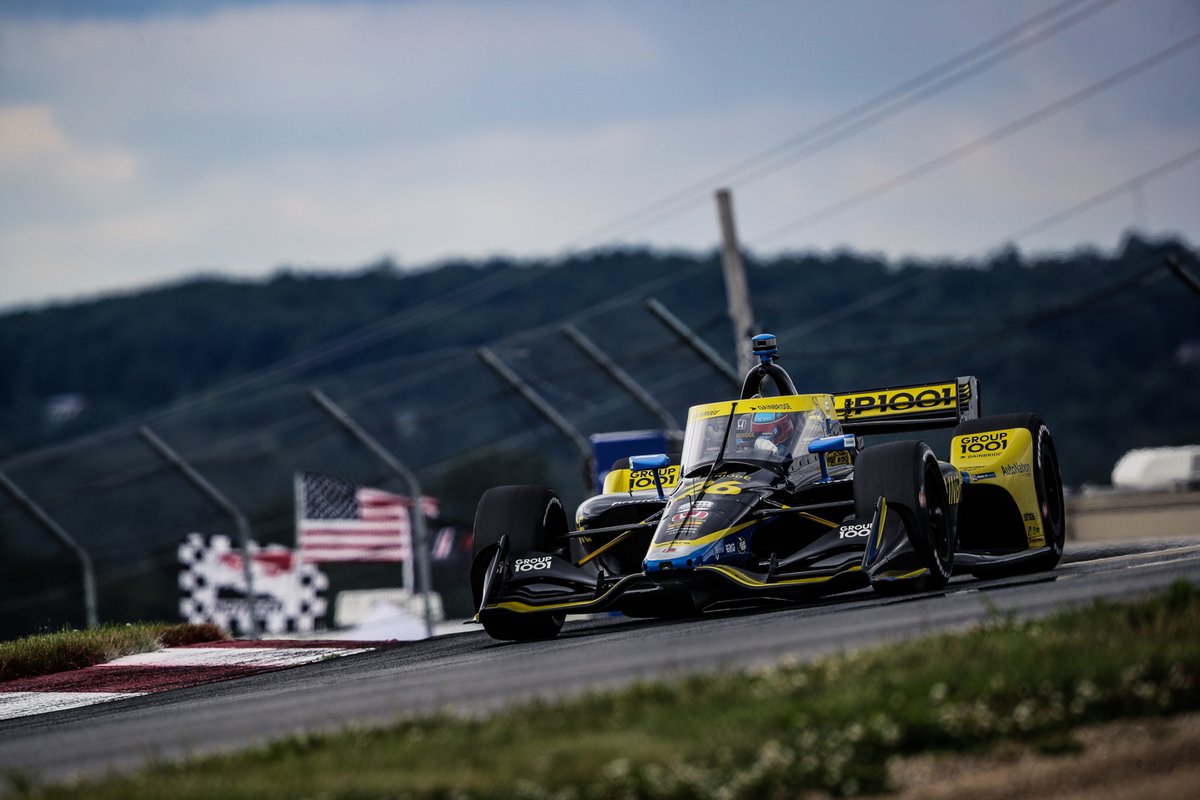 Rahal himself was also battling with Herta as the St. Petersburg winner conducted a late-race charge, but a nightmarish contest for Herta ended with one final twist as he was forced to dive into the pits ahead of the final lap.

That allowed Romain Grosjean to move up to seventh, and the ex-Formula 1 driver was able to manage a difficult start to the race, in which he tagged Felix Rosenqvist in the first-lap fracas and turned the returning Arrow McLaren SP driver into a spin.

Grosjean was able to fight his way back up, despite a wide moment on the second restart into The Keyhole after being blocked by Sebastien Bourdais.

Pato O’Ward was passed by Herta and Grosjean late on and was left having to be happy with eighth, having been chased to the finish line by Rahal Letterman Lanigan part-timer Santino Ferrucci.

Ferrucci’s team-mate Takuma Sato completed the top 10 after Herta’s late stop, a second ahead of Bourdais.

Herta eventually finished 13th in a poetic representation of his poor luck, behind Scott McLaughlin.