Josef Newgarden was "calculating" his lack of pace relative to Marcus Ericsson in the closing stages of IndyCar's Mid-Ohio race, which he narrowly won over the ex-Formula 1 driver.

Two-time IndyCar champion Newgarden secured Team Penske's first win of the season following an unlucky pair of races at Detroit and Road America, in which he had led the most laps but was denied from taking either win late on.

Ericsson made Newgarden work for the win, however, and began to quickly erode the Penske driver's lead in the final 15 laps.

Newgarden managed to hold on, but explained that his rear tyres were completely spent by the end as Ericsson's Chip Ganassi Racing car was within a second of him across the finish line - making it a "touch-and-go" scenario for the team.

“Marcus did not make it easy,” said Newgarden, who chalked up his 19th IndyCar victory.

“It seemed smooth at the beginning of the stint. It felt pretty comfortable. Then 10 to 15 laps to go on primary tires, I was chewing up the rears."

“I was just kind of calculating the pace loss, looking at where he was, looking at overtaking [push-to-pass boost], all that.

"That kept me busy. That's pretty much what I was focusing on; it's not the thing you want to be kept busy with. You'd rather be busy looking at the gap growing and taking it easy. That was not the case.

“It was a hard-fought win. I think we definitely had the car to win the race, but it didn't come easy. These guys made us push for it and work. 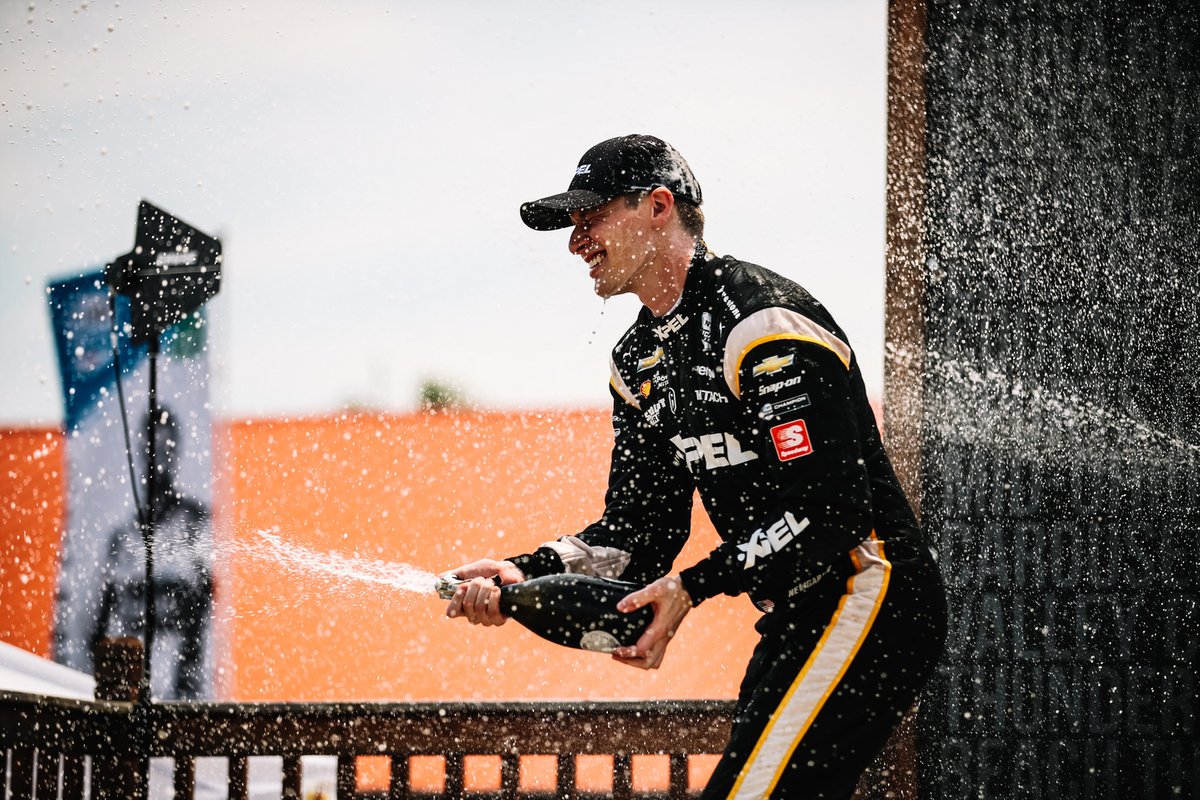 “Looking at the numbers lap after lap from 10 to go, it looked fine to me. It looked like it was going to be close, he's probably going to be there right at the end, but I don't think he'll have enough to get by. I was confident enough.

"It was how to manage fuel across the stint, but replacing it with grip – how do you manage the grip and time loss we have relative to Marcus with 10 to go?"

Newgarden looked dominant in the early stages, having built a gap over Colton Herta in the first half of the race prior to the Andretti driver's pitstop woes, which left him with an even larger gap to Ericsson.

However, Newgarden was left unsure of why he had such a dearth of rear grip relative to Ericsson in the closing stages, suggesting that the increase in temperatures across the weekend had hamstrung his car's tyre management capabilities.

“Maybe it's just the balance and the temperature,” Newgarden suggested.

“Certainly from Friday with lower temps, and the small bump in temps from Saturday [we were] not looking after the rear-end of the car as good as I thought we were going to. We made some adjustments to that side of the racecar and it wasn't enough.

“It wasn't disastrous. I still think we were one of the best cars in the field, certainly very strong in the beginning of stints.

“It's just the back end that left us exposed. Next year we need to clean up that weakness.”