Josef Newgarden accepted full responsibility for his pit-lane crash at the Watkins Glen IndyCar round, which resulted in his championship lead being slashed to just three points

Going wide as he raced Penske team-mate Will Power out of the pits after his final stop, Newgarden made contact with the pit exit barrier and was then collected by Sebastien Bourdais.

Further stops to repair damage meant Newgarden could only finish 18th, allowing second-placed Scott Dixon to reduce his championship lead from 31 points to three with 104 available in the double-points finale at Sonoma in a fortnight.

"I just came out of the pits too hot, came off the [pit limiter] button and slid wide," Newgarden explained.

"I made a miscalculation while watching Will; I went a bit too heavy on the brake pedal, lost grip and slid off. It was just my mistake on cold tyres."

Newgarden suggested that the finale at Sonoma would be close-fought regardless of the result at Watkins Glen, thanks to the double-points on offer.

"It was always going to be a dogfight," said Newgarden.

"Whether we won this race and had a 60-point lead, we'd still have to finish pretty well at Sonoma.

"Sonoma's going to be pretty tough - it's double points.

"You'd have to have a 90-point lead or something crazy going into Sonoma [to be comfortable], and that was going to be hard to get to." 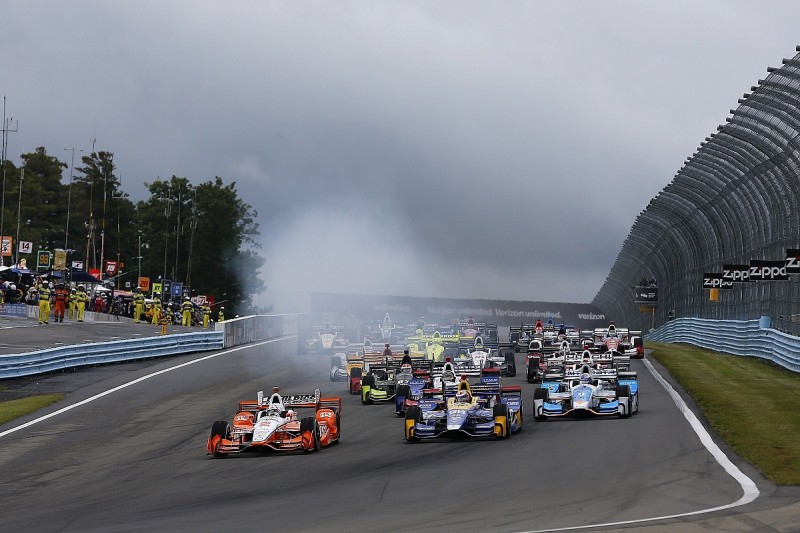 Newgarden is also wary of the competition from his Penske team-mates - Helio Castroneves, Simon Pagenaud and Power are also mathematically in the hunt for the IndyCar Series title.

"Will closed up a little bit, and Simon and Helio are going to be in this," he said.

"It's going to be a five-horse race, and the team that's most prepared is going to get it done.

"I know we have the capability to do it.

"It's going to come down to us executing, which Team Penske knows how to do and we'll try to make it happen."