Dixon said he would avoid "overthinking" the final round based on his past experience of title showdowns.

"I've been in situations like that before," Dixon said.

"I think you've just got to treat [Sonoma] as another race. You can't overcomplicate it.

"Obviously we want to win it - there's a lot on the line.

"But if you overthink things too much, then it ends up being a very bad thing."

Dixon is also cautious of the threat from Newgarden's Penske team-mates, who remain in title contention thanks to the double points offering at Sonoma.

The Chip Ganassi Racing driver secured the most recent of his four championships in 2015 in those circumstances - winning the double-points race at Sonoma to tie with Juan Pablo Montoya overall and claim the title on countback - but also dropped from third to sixth in the standings between the final two rounds of last year's campaign.

"I've never raced Josef for a championship like this, and it's not just the two of us," he added.

"I haven't seen the points yet, but I imagine Helio [Castroneves] is through, [Simon] Pagenaud is still there as well.

"With double points, you can have a pretty hefty swing, as we found out last year [when] we had a really bad race.

"We'll take it as it comes and try to get the most out of the test next week.

"I know Penske is testing there this week, as well. Anything can happen." 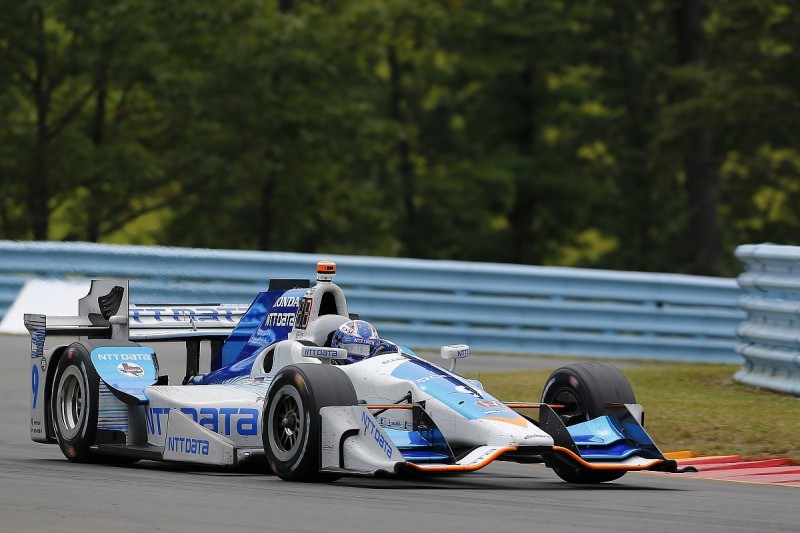 Dixon said he attempted to challenge for the lead at the end of Sunday's Watkins Glen race, but felt two slow pitstops had dealt a major blow to his chances of winning.

"At the first stop, I actually locked the rears, and it didn't downshift," he said.

"I almost stalled the car, got in sideways. They couldn't fuel the car.

"Then we had another fumble in the pits, lost about five spots and had to come back through.

"We chased Rossi pretty hard; I was trying as hard as I could with what I had."