Only six cars finished on the lead lap on an evening dominated by pack racing, which Sebastien Bourdais blasted as dangerous.

Ganassi's Tony Kanaan finished second, and suggested Texas Motor Speedway's winter resurface and reprofile was part of the problem, as it negated tyre degradation and let drivers run two- and sometimes three-abreast for the whole lap.

"I think we should change the format a little bit," he said.

"In the past, we had tyre degradation. With the new asphalt, we don't.

"The tyres were so good that everybody was able to hang in there, and you started to clean the high line, and that was it."

Kanaan also believes the 'competition cautions', mandatory tyre changes every 30 laps due to blistering problems, contributed to the issue.

"When you have a pack race, the longer you go green, the better it is," he said.

"You keep bringing yellows back and you put the whole pack back together, and that was the problem." 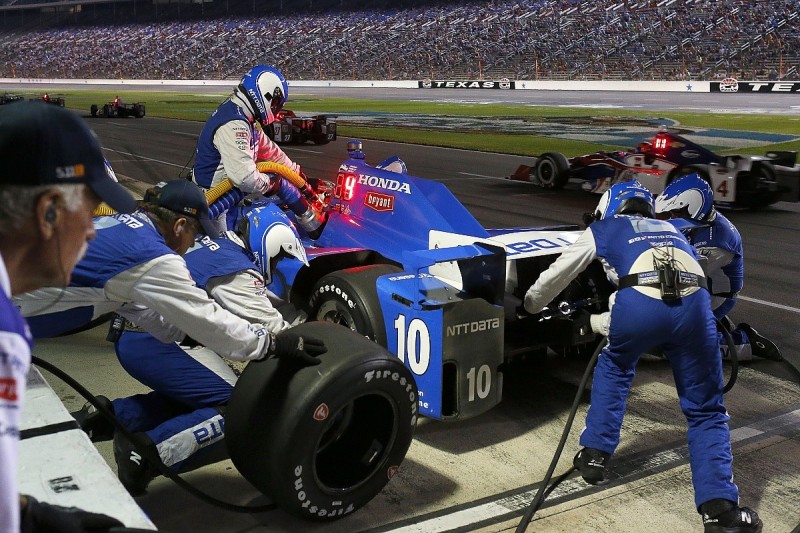 Race winner Will Power agreed with Kanaan's tyre assessment, saying "there needs to be a bit of fall-off to create some separation", while Penske team-mate Simon Pagenaud believes the aero kits aided pack racing.

"Cars create such a big hole in the air that it's actually difficult to break away, even with a great car," he said.

Some teams tested at Texas in April, and Ganassi's Scott Dixon believes more pre-event running on the revised circuit would have helped.

"It's difficult because there are always so many pieces to the puzzle," he said.

"The biggest thing everyone could have done with is more testing there.

"Unfortunately when we did the first tire test [in April] not many people ran and teams sandbagged a lot so that made it difficult.

"In the part of the day when we ran 220mph average laps, the Penskes were running 213s, so it's hard to get a feel of where the track's gonna go." 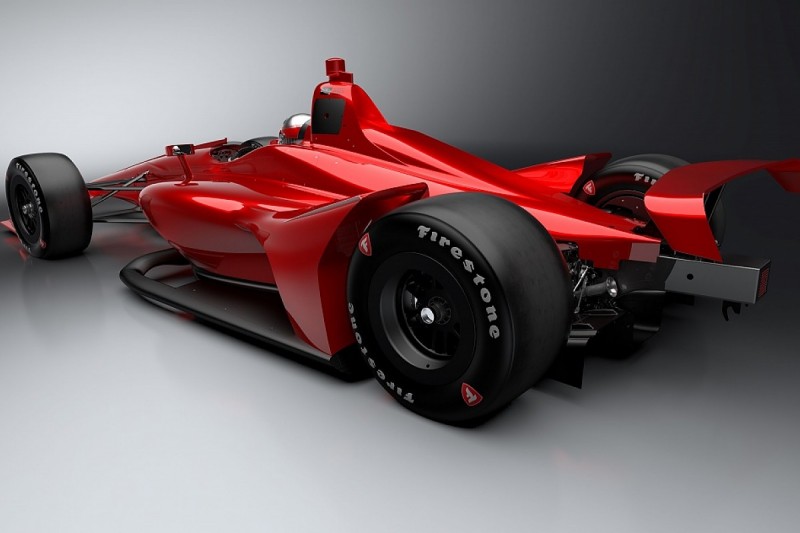 "Next year when we go back with a common aerokit, let's decide on a downforce level like we had in 2014 before the manufacturer aerokits," he said.

"And maybe the racing doesn't have cars going side by side for lap after lap, but we're not putting everybody's life at risk.

"At Texas the big problem is that it did not matter what you did with the wings.

"There was so much downforce created by the rear bumper and all the stuff that you could throw on it, there was no fixing it.

"That will be completely fixable when we have a common aerokit."