King made his IndyCar debut with Ed Carpenter Racing in 2018, driving on the road and street courses in a shared ride with team boss Ed Carpenter.

The British driver had been searching for a full-time ride for the coming season but has yet to find a team.

He will now compete in his first oval race in the Indy 500 in a third car alongside RLLR regulars Graham Rahal and Takuma Sato.

"I'm really happy and excited to announce that I'll be driving in the 2019 Indy 500 with Rahal Letterman Lanigan Racing," said King

"This race is one that I have been working towards and a race I have always dreamt of racing in as it's the jewel in the crown of IndyCar.

"I was at the race last year and I really enjoyed the whole weekend and knew straight away it was something that I had to be a part of so to be able to go there next year is definitely a huge moment in my career."

King added that "heading into next year, we went from not being able to find a full-time drive for the season through to securing a seat at one of the biggest races in the world.

"A huge thanks to RLLR for the opportunity and I hope I can repay their faith in me with a good result.

"The race will be my first-ever on a superspeedway so it should be an exciting experience every time I get behind the wheel. The aim for the 500 is to prove myself as an oval racer.

"I already competed in the road and street courses this year so now I'll be looking to impress and expand my CV to push towards a full-time drive." 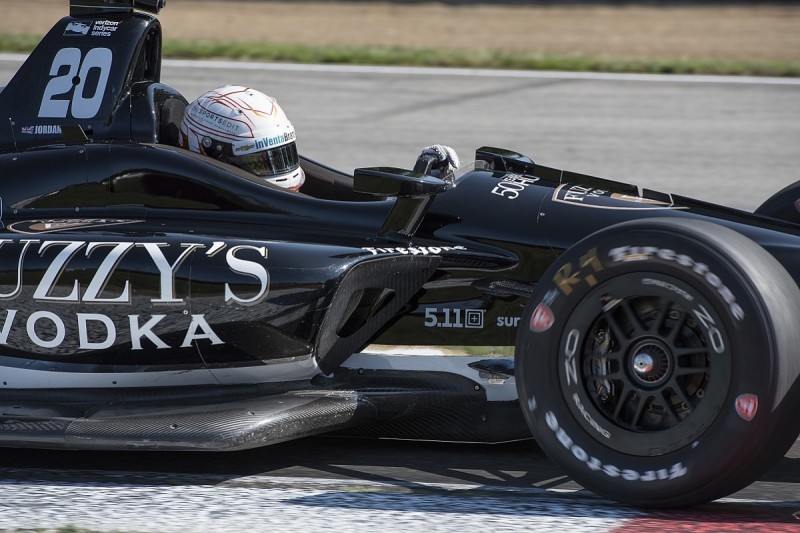 Bobby Rahal, co-owner of RLLR, added: "Jordan certainly impressed me last year with his pace at a number of races.

"Of course those were all road and street courses but he quickly came to grips with the Dallara and it was apparent that he has the potential to do well.

"While this will be his first oval race, I think that given the amount of track time, he will get up to speed and come to grips with the challenges of oval racing just as quickly.

"Of course it always helps to have two strong teammates and a strong team behind you to shorten the learning curve and we feel we provide that.

"We look forward to welcoming him to the team."

King's best finish in 2018 was 11th at Toronto and he managed to lead 11 laps during the season.

He made the Fast Six qualifying segment twice in his first IndyCar campaign.

Is Fernando Alonso's 2019 Indy 500 more difficult than his first?