Hinchcliffe's Indy 500 near-miss led to SPM parting ways with his race engineer Leena Gade before Hinchcliffe's former assistant race engineer Will Anderson was promoted into the role ahead of the Detroit doubleheader, having worked with Jack Harvey in the Michael Shank Racing-affiliated entry.

Having been largely outperformed by rookie team-mate Robert Wickens, Hinchcliffe bounced back from missing out on the double-points Indy 500 with improved showings at Texas and Road America before taking SPM's first win of the season.

But Hinchcliffe said the breakthrough would not end talk over his failed Indy 500 campaign.

"People are going to keep talking about it until we go back," he said. "Even if the conversation dies for the next little while, as soon as May 1 comes around, it's going to come back up.

"But days like this [his Iowa win], and honestly weekends like we've had [help] - I think Road America was actually one of our best races of the entire year, and the ninth place doesn't look like that.

"But if you were on the inside and saw what happened and how we performed on Sunday, I think you'd be pretty impressed. It was a really good performance from everybody.

"Same kind of thing in Texas. We've just been on a bit of a roll. If we just keep doing what we've been doing, and not focus on it, when we get back to Indy next year, just put it out of our heads, I think we'll be in good shape." 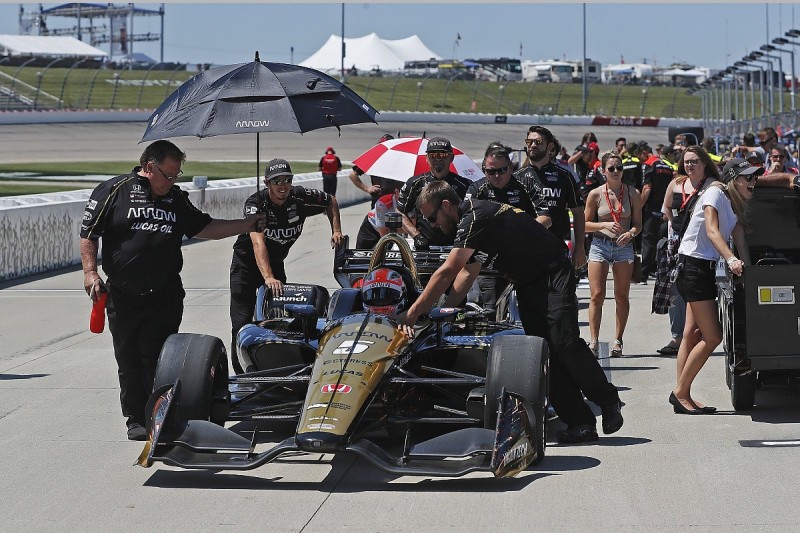 Hinchcliffe added he felt SPM was now recovering and improving after the mid-season changes.

"I'm just proud of this group because something like what happened to this team in May can really get you down," he said.

"Obviously, that's our Super Bowl, our Wimbledon, our Masters all wrapped into one.

"To miss it is a huge blow for every single member of the team. To not make it can very easily just get a group down and you can get despondent.

"You can kind of lose track of what the real goal is and lose motivation. But no one in this group suffered from that at all. If anything, it fuelled us and made us want to perform better and push harder and work harder.

"It's really coming together now. We've had a lot of changes internally on the team, both before the season and mid-season, so it's been a bit of a balancing act trying to get all the right pieces in the right places, but I think this shows that we're starting to hit on something really good."