DragonSpeed intends to run its LMP1 driver Ben Hanley in IndyCar and began work on the potential programme last month, having held initial conversations with Honda over an engine supply.

The team is aiming for a part-time programme including the Indianapolis 500 next year.

It is also looking to continue the trend of smaller entrants affiliating with larger teams, such as Michael Shank Racing's tie-up with Schmidt Peterson Motorsports.

Team boss Elton Julian said the IndyCar programme's viability has been helped by the WEC's move to a winter calendar for 2019/20 following its one-off superseason, and that he intends to staff the IndyCar effort with his existing sportscar team personnel.

"We've been focused on GT racing and prototype racing, having some success there," he told Autosport.

"But we're running out of places on the racing ladder, so where do we go next? Formula 1 is obviously not realistic, but IndyCar is.

"The budgets we're spending now, the performance, and the people on engineering and crew are all open-wheel [experienced] guys already.

"It's such a natural fit, and with the way we're going with the WEC's winter season after the superseason, it means in a way we could do both.

"All that kind of brought the moment together where we needed to look at it.

"IndyCar is in a position to capitalise on their latest decisions with the [new car] looks and the racing on track and the new broadcast package.

"That matters a lot in the US when I go to ad agencies and people like that, that stability is really believed in.

"I want to make it happen while we have momentum and intention."

DragonSpeed believes that an IndyCar programme will be similar to costs in the WEC's LMP2 category, which is largely funded by paying drivers rather than team sponsors.

Julian added that securing an engine deal will be the "biggest thing" that determines his IndyCar entry, and that affiliation with an established team could further help the programme.

"[With] certain things about the performance side of IndyCar, you can save bucks and cut a few corners by affiliating with a team and learning from them," he said.

"So, you maybe spend a little more up-front, but you save more in the long run by not chasing your tail trying to learn that way.

"My goal and intention is to promote our capabilities as a team by chasing results and creating a long-term scenario in IndyCar.

"We're definitely considering it [affiliation] for those two reasons mentioned, and more so for the performance side to hit the ground running." 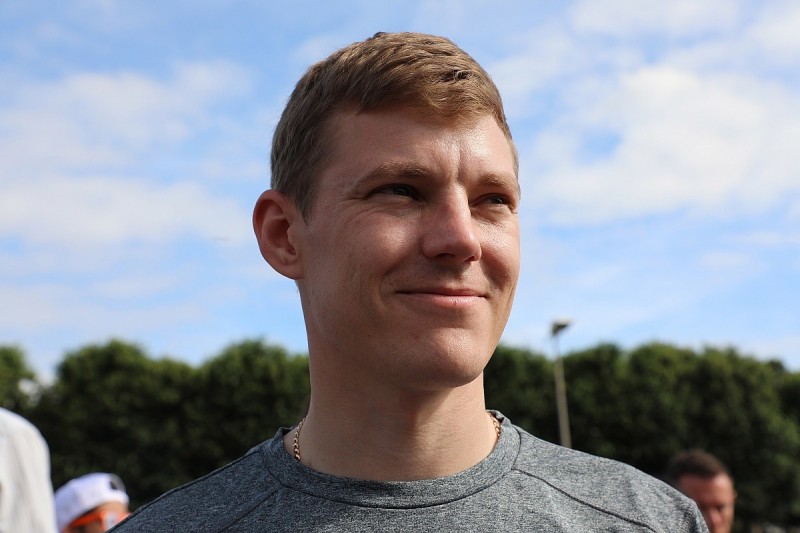 DragonSpeed will not evaluate the driver market as it considers 33-year-old Briton Hanley's presence in the cockpit an essential part of the programme.

"He's now just another tool in the draw, there's no difference between the chief engineer, chief mechanic, number one mechanic, strategist, Ben or truckie," Julian said. "They're all what makes us strong and he's part of the family."

IndyCar told Autosport that it welcome's interest in the series.

"IndyCar is pleased that so many people see the value in the Verizon IndyCar Series," a statement read. "We look forward to all commitments for the 2019 season."