Andretti Autosport’s Colton Herta believes the drop of the green flag for the inaugural Music City Grand Prix on the streets of Nashville will pull the trigger on IndyCar’s “craziest start of the year.”

As at Mid-Ohio, there is a separate start line and finish line around Nashville’s 2.17-mile course. While the finish line is after Turn 11, right outside the Nissan Stadium, the Tennessee Titans NFL team’s ground, the green flag will be waved ahead of Turn 9 as the 27-car grid returns off the Korean War Veterans Memorial Bridge.

The approach to Turn 9 is seven-eight cars wide, giving a driver a tempting opportunity to attempt bold passing manoeuvres, to the possible detriment of several cars to his outside.

Herta, who scored his sixth career pole and second of the season after dominating practice in Nashville, said he is expecting incidents.

“I think this is going to be the craziest start of the year,” he said. “We're going to be going quite quick from where the start zone is, going into an off-camber second-gear corner, that's like 60 miles an hour, 70 miles an hour. So definitely it's going to be interesting.

“There's not a whole bunch of ways to bail out as you turn into the corner. If guys are committing three-wide, it could get a little bit messy. You're probably expecting to see something happen on the opening lap, in the opening corner. 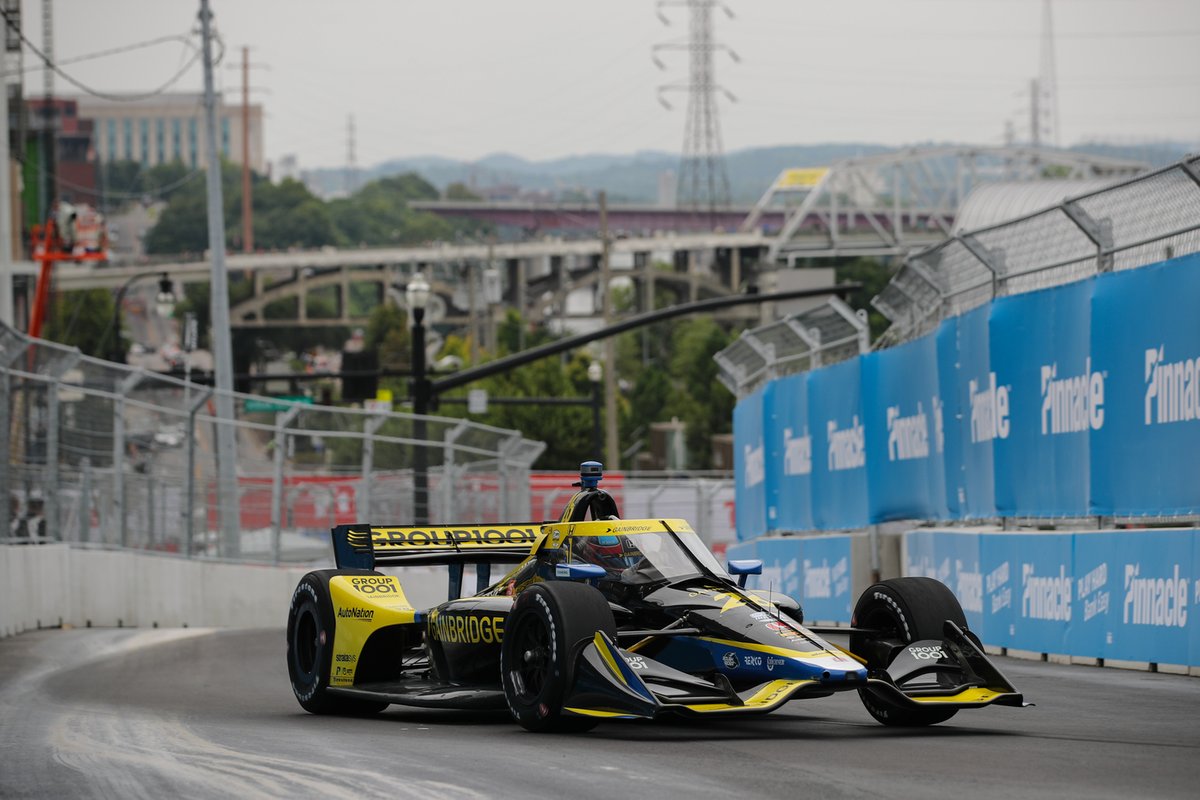 That said, he admitted that he had not planned a particular strategy “because I wasn't sure where I was going to start up until this point.”

He continued: “We'll definitely be going through the photos of where the start/finish line is, where the punch-off cones are and stuff, where you can start going, pictures of what it's like going into Turn 9 – or Turn 1, depending on how you think of it.

“But, yeah, it's definitely going to be interesting. It's going to be a crazy start for sure with how much the track opens up, it goes like five, four lanes, to like Turn 10.

“I could see it being like a Pocono start but then everybody has to brake and go down to second gear at the end of it!”

Chip Ganassi Racing’s Scott Dixon, who will start on the front row of a road/street course race for the first time since the 2019 finale at Laguna Seca, said he wasn’t confident that he could have beaten Herta, even had he not been self-confessedly “cautious” in Q1 and Q2 after spins in practice.

While the Andretti driver was fast enough to get through Q1 on Firestone primaries, thereby retaining a fresh set of alternates for the Fast Six shootout, Dixon, like everyone else, used their soft tyres in Q1 and was therefore running used softs for the Q3 battle.

But Dixon believes the race could be an intriguing mix of strategies due to the “unknowns” of a new track.

“Cautions could be pretty interesting here, how those fall, whether it traps the leaders,” said the six-time and reigning champion. “That's always a bit of a nightmare for that situation.

“Degradation? We don't really know yet. Some people think the reds will hold on pretty good and just be quicker, some think they're going to fall off pretty hard. There are a lot of unknowns. 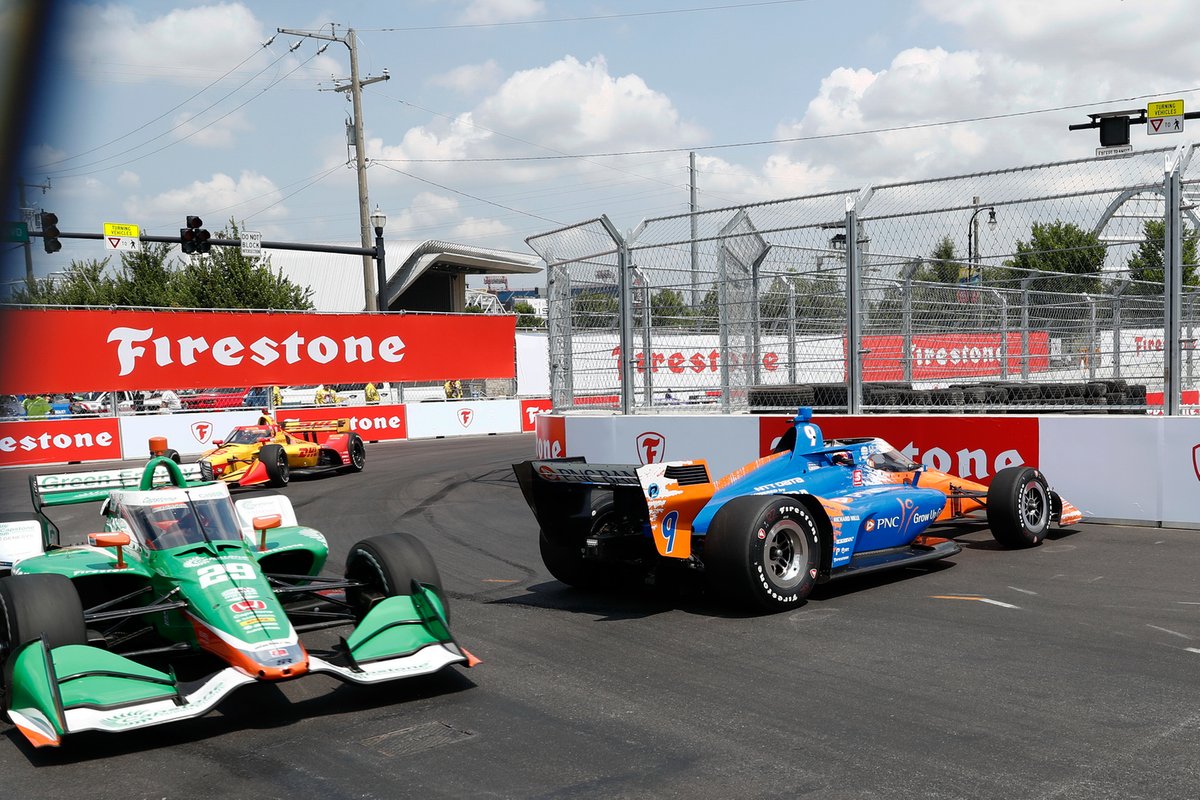 “It will be interesting to see if many people run reds in [Sunday noon] warm-up, but then you don't get to run them long enough.

“Detroit is really tough on reds, trying to get the full stint on reds to create that two-stopper. If we have a similar scenario, it's wide open. Could be really interesting.”

Regarding potential passing places around the course, Dixon said: “I think Turn 4 [the other end of the bridge] could be pretty tricky, especially once the tyres get older. If people start coasting in there [to save fuel], it will be different for everyone.

“It's going to be a track that's pretty easy to make mistakes if you kind of lose concentration for a little bit. Where the grip is, how close you have to get to the walls to get that grip is definitely going to be tough.”