McLaren Racing has announced it is to acquire a 75% share in the Arrow McLaren SP IndyCar team at the end of this season.

The announcement was made in Nashville ahead of the 11th round of the 2021 IndyCar Series, the second season of McLaren’s partnership with what was formerly known as Schmidt Peterson Motorsports.

The team ran one of the most successful Indy Lights programmes in recent times, securing seven drivers’ championships, while in IndyCar it has claimed 13 poles and 27 podiums including nine race victories.

Two of those wins have come as Arrow McLaren SP, with Pato O’Ward currently lying second in the championship.

The team will be governed by a new five-person board, comprising three McLaren Racing appointees together with Schmidt and Peterson, chaired by Zak Brown, CEO of McLaren Racing. Taylor Kiel, President of Arrow McLaren SP, will continue to lead and oversee the operations of the team, reporting directly to the board.

McLaren returned to full-time IndyCar competition in 2020 after a 40-year absence to create Arrow McLaren SP, forming a strategic partnership with title sponsor Arrow Electronics and SPM. The legendary team created by Bruce McLaren has notably bolstered the technical and engineering departments at the squad, as well as adding commercial partners Vuse, Mission Foods, Darktrace, Tezos and QNTMPAY.

Brown said: “Today’s announcement is a strong signal of our long-term commitment to IndyCar as both a racing series and a marketing platform for McLaren Racing and our sponsor partners.

“I want to pay tribute to Sam Schmidt and Ric Peterson who, together with the commitment and support of Arrow Electronics, have built a formidable team for us to keep growing and fulfil our common ambition of consistently challenging for wins, Indy 500s and series titles. 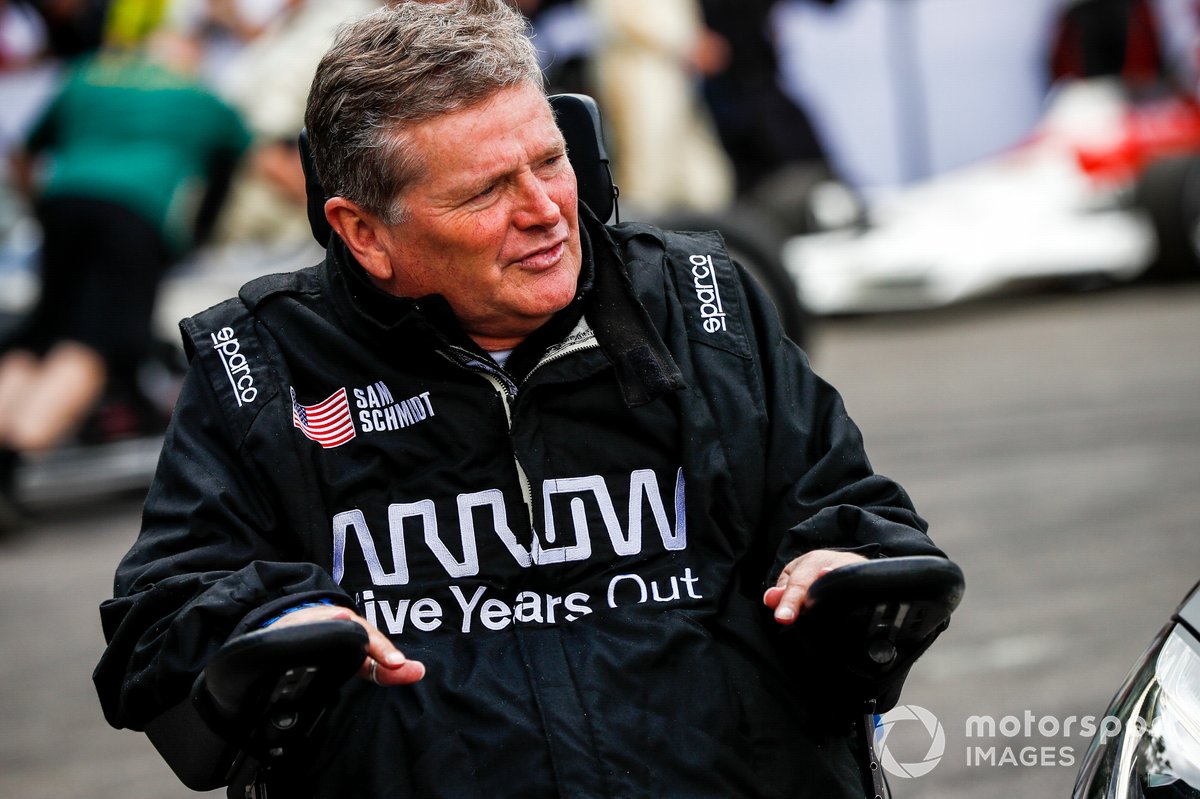 “Key to this is the continued leadership of Taylor Kiel as president of the team, who has been instrumental to the progress of the partnership so far.

“McLaren Racing believes IndyCar will continue to build our brand in North America, serve our expanding U.S. fan and partner base across our racing portfolio and drive long-term value. The racing is second-to-none, with world-class competitors in both drivers and teams and a passionate, highly engaged fanbase.

“We see real potential for the series’ continued growth under the stewardship of Penske Entertainment and will continue to play an active role supporting the sport’s success, growing the global fan base and implementing our sustainability agenda to deliver on environmental and social commitments, including progressing diversity and inclusion in the industry.”

Schmidt commented: “I’ve known Zak for 25 years. He’s a racer and this is a group of hardcore racers. We started our partnership two years ago and it’s gone extremely well, both technically and commercially. Ric came in 2013 and moved the bar of the team up. Arrow came in a couple of years later and again we moved the bar up.

“With McLaren we’re moving forward again. As we’ve seen, we’re now a regular contender and ultimately for Ric and I, we are here to win races, win 500s and win championships. This next step ensures the resources to do that for a long time ahead.

“I want to say that we couldn’t have done this without Arrow and Lucas Oil. They really were the foundational sponsors this team was built on and we wouldn’t be here without them.

“McLaren is an iconic brand and we’re proud to be with them. We’re doing this to make the team better and ensure long-term success.”

Peterson commented: “We always believed that to accelerate our progress in IndyCar, partnering with a team of McLaren’s capability and F1 experience was a key strategy to propel us forward, and so it has proved. McLaren Racing now takes the baton and will combine the best of what they do with the best of what this team does to create something truly special.

“Sam and I are immensely proud of what we have built together through our partnership over the past nine years, and look forward to continue being part of this team as a partner with McLaren Racing to see Arrow McLaren SP go from strength to strength.” 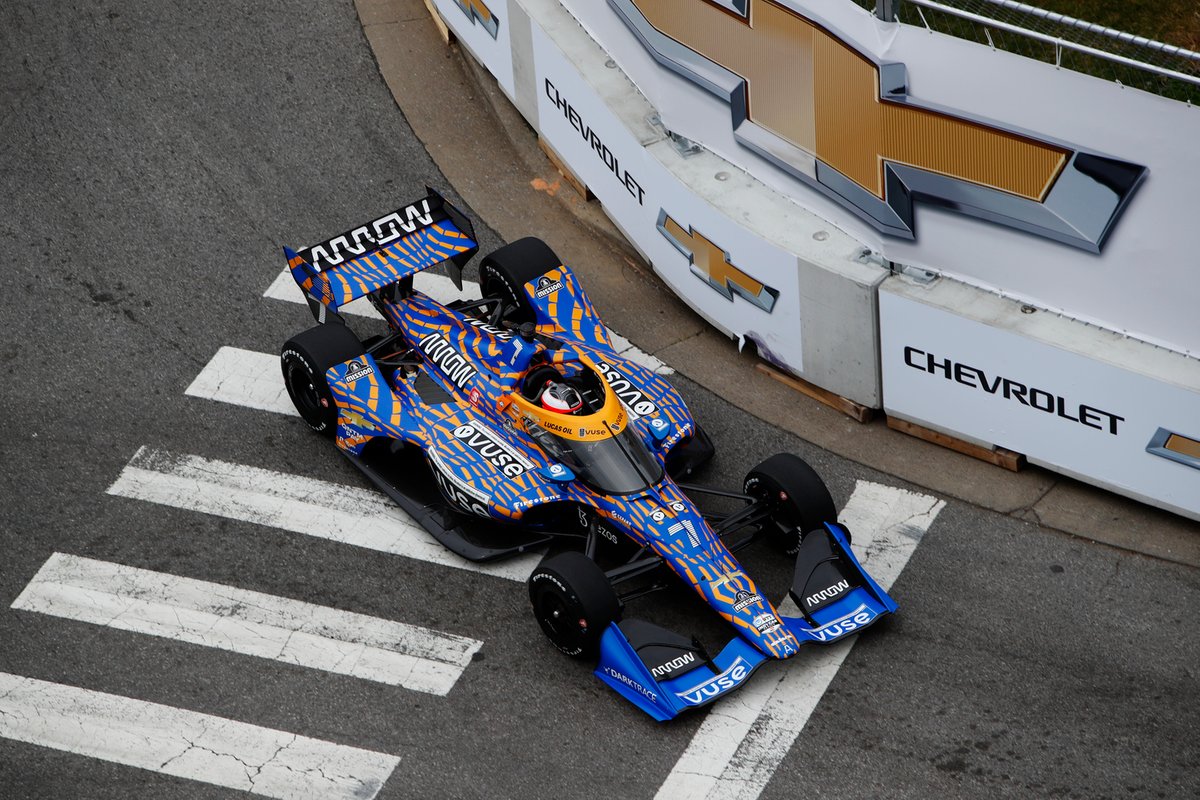 The CEO of Arrow Electronics, Mike Long, said that the partnership with Schmidt and now McLaren had been particularly gratifying since his company had been able to demonstrate its capabilities through the cars converted to semi-autonomous for use by Schmidt.

Schmidt was rendered a quadriplegic by a crash in 2000, yet has set speed records, entered competitions and regained a driver’s license using Chevrolet Corvettes adapted for his use.

“As title sponsor to Arrow McLaren SP since the team’s very early days and a strategic partner to McLaren Racing, we couldn’t be more pleased to see these two world-class organisations come together as one going forward,” said Long.

“Our partnership with Sam, Ric and Zak is built on a shared passion for innovation, winning, and the belief in the power of technology to make life better – as evidenced by our work on the SAM Car, SAM Suit [which enabled Schmidt to stand and walk], and the UK Ventilator program.

“We are very happy with both teams in Indy and F1, and believe we have some of the hardest-working and fastest drivers and crew in the sport.

“And we are only getting started. Arrow stands proudly behind the teams. We look forward to many more wins to come.”