Back-to-back wins have allowed Rossi to close to within 29 points of the championship leader and, with the grid set by championship order, it means Rossi will line up alongside Dixon on the front row. 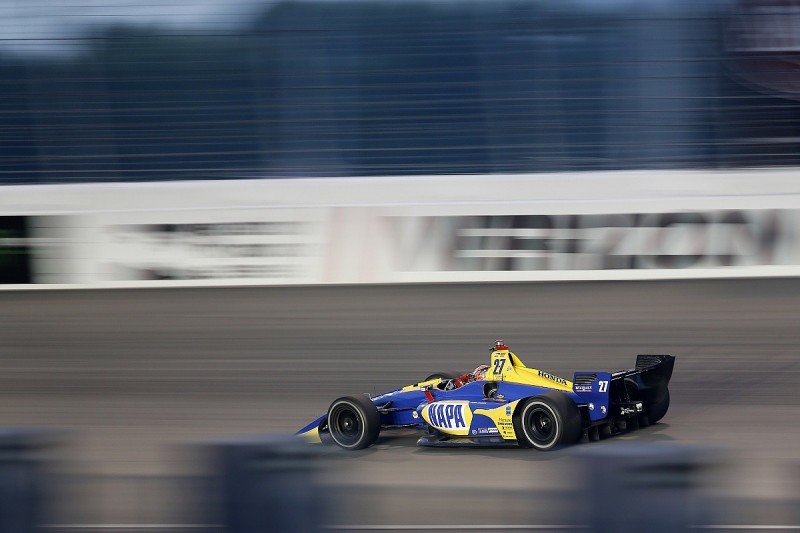 Penske's Josef Newgarden will start in third position ahead of team-mate Will Power and Andretti's Ryan Hunter-Reay.

Schmidt Peterson Motorsports rookie Robert Wickens' crash and serious injuries at Pocono last weekend mean Simon Pagenaud - behind the Canadian in seventh in the standings - will start sixth. Penske had struggled in the opening practice session.

The series, drivers and teams are paying tribute to Wickens with #GetWellWickens stickers emblazoned on the cars.

Bourdais had shown promising pace for Dale Coyne Racing in practice, having been third behind Rossi and Dixon, with Tony Kanaan and Ed Jones his nearest rivals.

Kanaan will start the race 15th, three places behind Jones as Takuma Sato and Spencer Pigot split the duo in the standings.

Gabby Chaves, returning to Harding Racing this weekend for the first time in three races, starts near rear of the field ahead of only Carlin's Max Chilton and Pietro Fittipaldi.

Fittipaldi's injury suffered in the World Endurance Championship at Spa earlier this year, as well as sharing his Dale Coyne Racing seat with Zachary Claman DeMelo, means he will start in 21st and last.

The Gateway race will be the first time an IndyCar race grid has been set by points since 2015 and the first oval grid set by championship standings since '09.

Dixon does not get the usual bonus point for pole as qualifying did not take place.