The McLaren Honda Andretti driver encountered the problem exiting the last corner on the second of his four laps, adding he considered aborting his run as a result after both that lap and the one that followed were compromised.

IndyCar regulations stipulate that if a significant overboost is detected that takes the pressure above that allowed by the regulations, set at 1.4-bar for qualifying at Indianapolis, the ECU must cut the power to eliminate any advantage.

Despite this problem, Alonso was fifth fastest in qualifying with an average speed of 231.300mph, compared to pole winner Scott Dixon's run of 232.164mph - although none of Alonso's laps were quicker than the New Zealander's slowest.

While beating Dixon was very unlikely, with an improvement of 0.187mph over the run Alonso would have been on the front row and said he would have at least been close to pole.

"I had an overboost problem on lap two out of the last corner and it was like hitting the brakes," said Alonso when asked by Autosport about the problem.

"I went one gear down and started again picking up the speed. I crossed the line and I thought it was 225mph or something, I nearly came into the pitlane because [I thought] this qualifying run is over with this problem. But I was happily surprised with the final time.

"Today, the car performed better than yesterday and we were very, very competitive, so probably we were very close to pole position today." 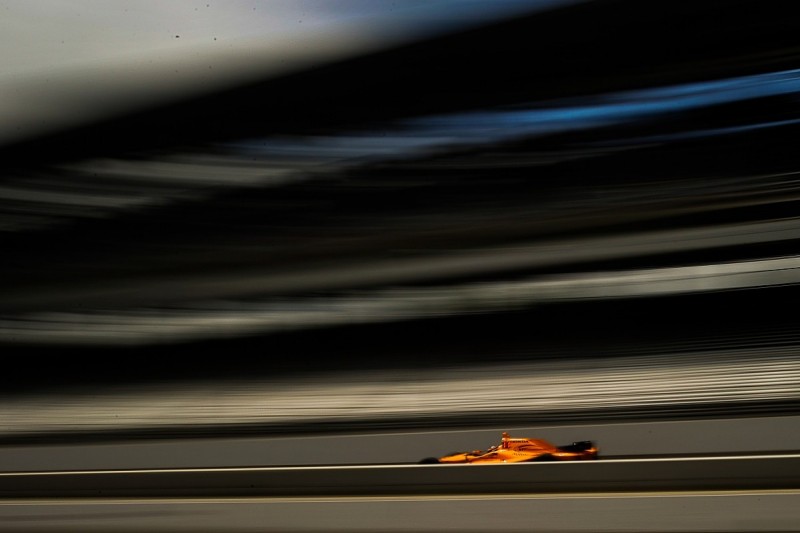 Alonso, who also suggested over the radio after his run that the downforce level may have been trimmed out too much, said he feared he might not be able to run in qualifying at all.

This was because his Honda engine needed to be changed after a potential problem was detected during the practice session ahead of qualifying.

"The practice felt good, then we spotted some issues with the engine," said Alonso.

"At one point, we didn't know if we were able to run in qualifying because we had to change the whole engine.

"The team was amazing, there were guys from all six cars working on car #29 to make it possible. So thanks to the teamwork, I was able to go out."

Alonso was happy to qualify fifth, saying that the key was always just to reach the Fast Nine Shootout.

"Maybe we would be up there with Scott now [without the problem]," he said.

"But once you have secured the Fast Nine, it doesn't change too much where we start."