The 23-year-old Brazilian and Auto GP champion Luis Michael Dorrbecker were given tryouts by SPM at Sebring on Wednesday.

"Drivers who come from a different background, in particular top sportscar drivers, come with a much more rounded approach, a deeper knowledge of engineering, and Pipo was no exception," Phillips told Autosport.

"From the minute he got into the car to the moment he stepped out, he showed a level of maturity that surpassed his age.

"He's driven so many different cars it's almost second nature to him to learn on the job and just get on with it.

"He was an absolute breeze, absolute joy to work with."

Derani, pictured below, did 68 laps with a best time of 52.69 seconds, six tenths off the morning session's pacesetting time from Andretti Autosport driver Ryan Hunter-Reay.

"He started to suffer with his neck a little bit, but it was more because he had his sportscar helmet which didn't have the little aerofoils so his helmet was being lifted and his head pushed back," Phillips added.

"But his lap time was very tasty and might have been three or four tenths quicker.

"It was his first time in the car, first time on new tyres, and learning how to extract that peak performance takes a bit of a time." 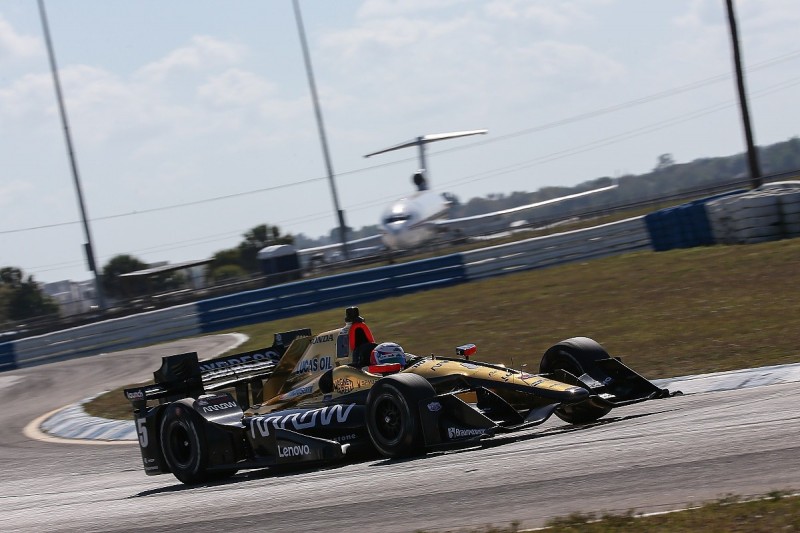 "Given that his most recent drive in a powerful open-wheel car was last October, I thought Luis would struggle and it took him a little longer to get used to the Indycar," said Phillips.

"As well as the engine difference, there's no power steering and there's a lot more downforce.

"But in the end we were all very impressed with Luis's lap time, how he progressed, and how he learned from the driving point of view and the engineering point of view."

Team co-owner Sam Schmidt told Autosport last month that the door was open for both Derani and Dorrbecker to make race appearances in 2017.

SPM also put Mercedes DTM driver Robert Wickens back in the car for a second outing following his 'car swap' test in James Hinchcliffe's Dallara-Honda on Tuesday, having felt some seating issues compromised his initial run.

Wickens covered a further 78 laps with a top time of 52.41s compared to the afternoon's best of 51.64s from Andretti's Alexander Rossi.

"We were actually able to use Robert's feedback for our own work, primarily a damper programme," said Phillips.

"Then at the end of the day, as a reward for being a good boy, we gave him a new set of tyres to go for it and see what he had in him."