He believes that the tricky nature of the circuit – which included two flat-out blasts across a bridge over the Cumberland River as well as some tight and sinuous corners – provoked the high number of accidents and two race stoppages.

“I think there were some regulars making mistakes and hitting people,” said Dixon.

“Maybe that needs to be looked at. All the penalties need to be stronger when you cause accidents like that.

“It's a tricky track. It's really difficult. Especially on restarts with trying to get temperature in the tires, knowing that it was going to be somewhat hard to pass, there was a lot of people trying to make it happen on restarts. I totally get that.

“It's a balance, right, that you've got to try to work out. Maybe next year I think there may be some areas of track that can change a little bit that would create some passing zones, maybe make the racing a little bit better.

“You look at [Colton] Herta, he made the passes happen. It can be done cleanly, like he did.” 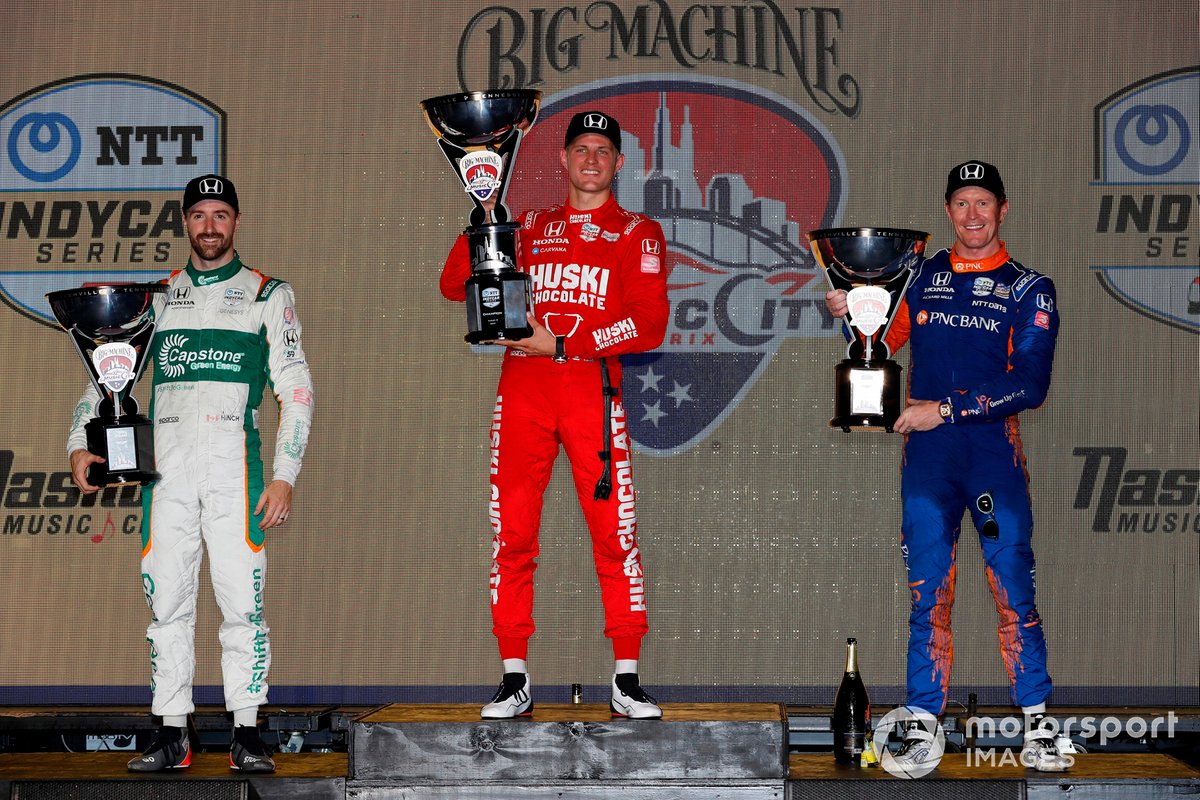 Dixon thanked his team for the strategy that allowed him to finish in second, while Ericsson scored an unlikely win after being involved in a lap four crash that saw him fly over the top of Sebastien Bourdais.

“It was a crazy race,” added Dixon. “There was a lot of yellows, a lot of reds.

“I think we did almost 45, 50 laps on the last set of tyres. We didn't take tyres on the last stop. They were blacks [primary tyres], that was real interesting.

“Kudos to the team. You got to take those wins, man.

“[Marcus] was in the right place at the right time. I think he had probably one of the most eventful days of everybody out there, flying up in the sky, then getting a drive-through penalty and all that stuff, coming out with a win.”

Dixon was elevated to second place when longtime race dominator Herta crashed out with six laps remaining, while attempting to chase down winner Ericsson.

“I think everybody kind of around us [was] on reds, I think Colton did a tremendous job to fight his way back through,” Dixon said. “He had some serious speed. I'm not sure how that equated.

“I know he had a big lockup previous to that. I'm not sure if that caused the second situation he had when he found the wall.

“I was just hanging on, man. The rear tires were definitely pretty shot.”