Colton Herta admits he 'threw away' a potential IndyCar victory in Nashville with a mistake five laps from the finish while chasing after fortuitous winner Marcus Ericsson.

The Andretti Autosport driver led both practice sessions, and progressed to the Fast Six shootout having saved a fresh set of red-walled soft compound tyres that enabled him to land his sixth pole position by over half a second.

Come the race, despite a couple of the nine cautions working against his strategy, he was able to carve through to second and was on the tail of eventual winner Ericsson, who had made his final stop seven laps before him and was saving fuel on older tyres.

Herta came close to understeering into the Turn 9 wall with 12 laps to go, but was recovering the lost ground when he locked up his left-front wheel at the same corner and hit the wall hard seven tours later.

“We had the car all weekend to win, and man, I just threw it away, so I feel really bad.

“I’m OK, though. I know that I didn’t get my hands off the wheel, but they’re OK, so I don’t really have anything to say.

“This place is brutal. I think we saw that.” 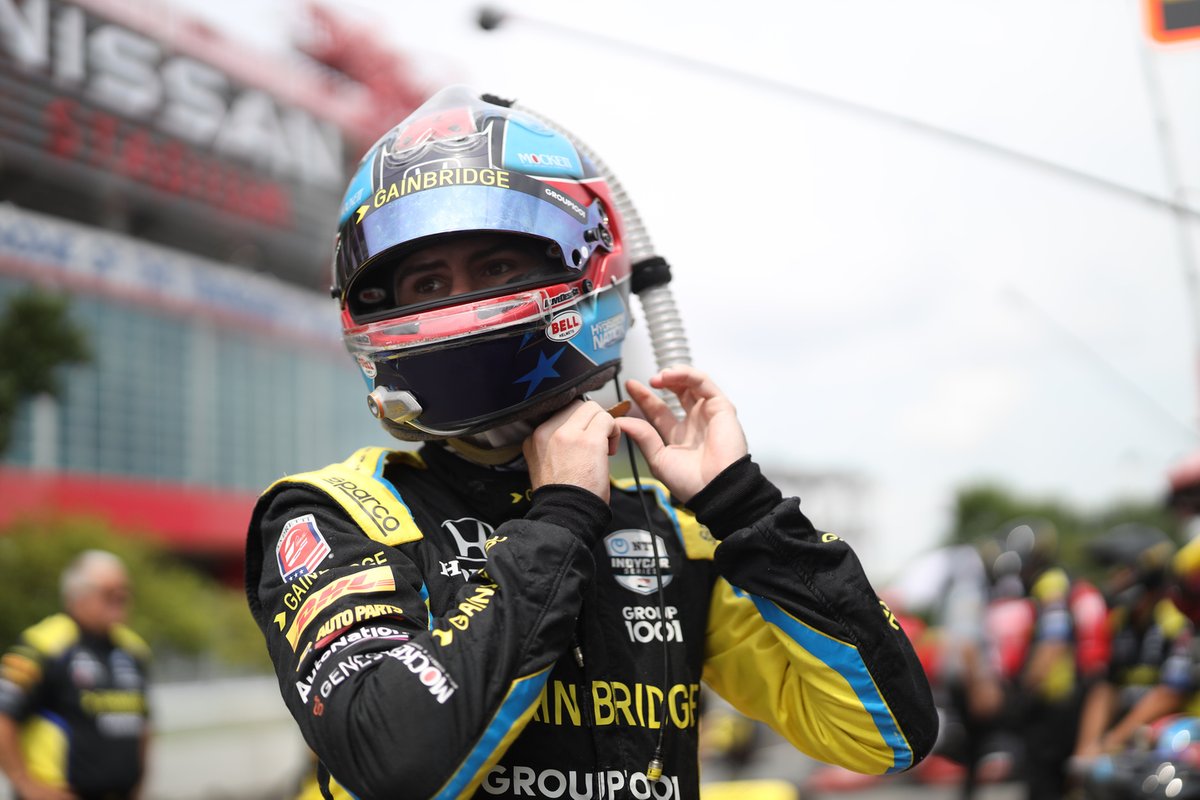 “Congrats to Marcus, he drove a hell of a race there at the end,” said Herta.

“I didn’t think he was going to make it [on fuel] and he just kept pulling away from me. Good job to him.

“I knew he had to make fuel, I didn’t know how close it was going to be.

“I thought he was going to make it, but I wasn’t sure if he’d have to make a big fuel number or keep going how he was. But I was just pushing to try to get ahead of him as soon as I could, and overdid it. It’s tough.”