The bumpy, tight street circuit forced a surfeit of errors and multiple caution periods, with very little in the way of green-flag running in the race's first half - and by the end had been red-flagged twice.

Polesitter Colton Herta led the opening 30 laps of the race and was able to break-build between caution periods, but a lap 31 caution for Rinus VeeKay’s crash at the Turn 4-5 chicane forced Herta to make his first pitstop under the yellows.

After a lengthy period of cautions and restarts at the middle period of the race, Andretti Autosport's Herta was eventually able to return to the front as the runners ahead cycled back into the pits.

But he once more had to stop under yellows and concede track position after Pato O’Ward’s lunge on Alex Rossi required a brief clean-up operation.

Herta made up two more places on the lap 54 restart, before his progress was put on ice again as Cody Ware spun on the bridge and stalled for another caution period.

But with a setup that proved particularly fruitful on the tight corners, Herta swashbuckled his way through the cars ahead, clearing Andretti team-mates Ryan Hunter-Reay and James Hinchcliffe ahead of a well-timed lunge on Scott Dixon at Turn 1. 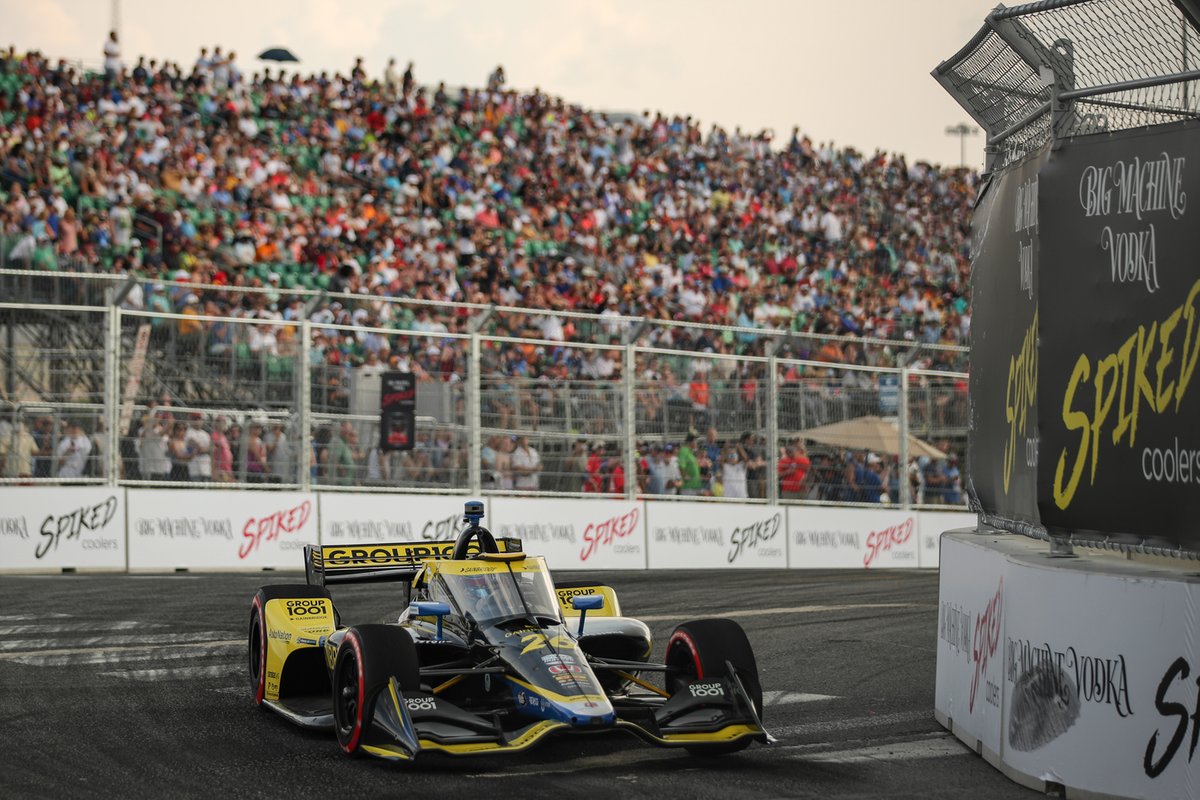 However, Herta’s progress hit something of an impasse once he came up to the rear of Ericsson, the Swedish driver having considerably more pace on the Korean War Veterans Memorial Bridge to keep the poleman at bay.

Ericsson had earlier served a drive-through penalty. On the cusp of the first restart, the ex-Formula 1 driver careened into Bourdais as the field bunched up, getting airborne and breaking his front wing, while Bourdais retired.

However, the plethora of cautions gave Ericsson the chance to recover and cycle out to the front – proving to be Herta’s sternest challenge.

Herta attempted a lunge at Turn 1 which produced a lock-up and lost him ground to Ericsson, but attempted to close back in after being informed the race leader was being restricted to tighter fuel numbers.

Then with six laps remaining, Herta hit the wall at Turn 1 to bring out a second red flag to wipe away his otherwise flawless performance across the weekend, ultimately leading to a two-lap shootout at the final green flag.

Ericsson then bolted at the final restart and opened enough of a buffer over team-mate Dixon to secure his second victory of the season, leading a Chip Ganassi Racing 1-2.

Hinchcliffe, who was one of the many cars caught up in the multi-car pile-up on the third restart, finished third after holding off a final-lap challenge from Hunter-Reay.

The pile-up was caused by Will Power’s robust pass on Penske team-mate Simon Pagenaud which left the French driver facing the wall and blocking the circuit, forcing a multitude of cars into a stop.

The race was hence red-flagged for the first time to decongest the track, proving to be an unfortunate situation for a number of cars who had pitted under the previous yellow – including title contender Alex Palou.

Graham Rahal collected fifth place ahead of Dale Coyne Racing’s Ed Jones, who put a final-restart move on Felix Rosenqvist to grab sixth, where the Emirati driver was followed through by Palou as the standings leader mounted a strong recovery drive from his earlier misfortune.

This year's Indianapolis 500 winner Helio Castroneves marked a return to his Meyer Shank Racing seat with ninth, ahead of Josef Newgarden – who completed the top 10 after being pushed down the order after contact with Rahal on the opening lap.