Scott Dixon felt he "couldn't push" in the IndyCar round at Mid-Ohio, and "needs some work" after dropping further behind Chip Ganassi Racing team-mate Alex Palou in the standings.

Having been jumped in the final round of stops by Palou, Dixon finished 10 seconds behind the Spaniard and was left to defend from the pack of Alexander Rossi, Graham Rahal and Romain Grosjean behind him.

The six-time IndyCar champion felt that he struggled to hold onto the rear of the car relative to his team-mates, which contributed to a lack of progress through the field.

“The rear of the car, we just couldn’t hold on to throughout the race,” said Dixon.

“It was definitely very frustrating. We couldn’t push at any time, we tried to adjust during the race.

“We’ve got to do some work, we need some work.”

PLUS: The two key areas where Dixon needs to re-assert his authority

Regarding his championship prospects, having fallen 56 points behind Palou, Dixon explained that the title was not out of reach - and that the reduction of his lead from last season showed that closing the gap is still possible.

“It’s still doable," Dixon added. "I had a 130-point lead at some point last year and it went down to 15 or something, so it’s going to be tight! 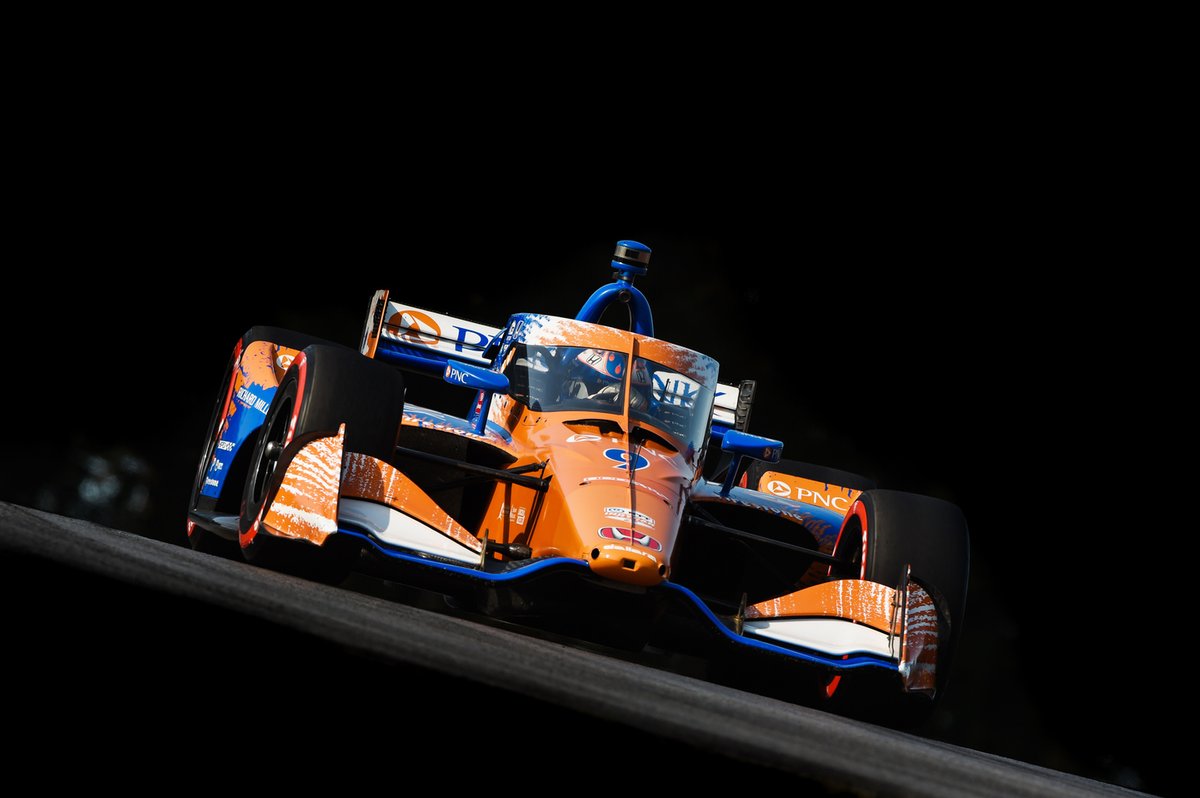 “We have some interesting tracks coming up towards the end of the season. A four-week break will be interesting for a lot of us too.”

Dixon also clashed with Will Power on the restart following a caution brought out for a first-lap fracas, which brought out another yellow-flag period.

Battling into Turn 5, Dixon closed the door on Power and the two touched, leaving Power to spin and leave a cloud of tyre smoke - which caught Dale Coyne Racing's Ed Jones out as he was unable to see Power's car beneath the crest.

"We had to get past Will [who started on primary tyres], but obviously I don’t want to take anybody out,” related Dixon.

"I think it was just a racing incident.

“We were pushing hard, and if you give too much room on the outside line – like last year I gave him too much on the outside and he kinda ran me off the track there – so I didn’t do anything on purpose.

“I'm sorry for his day, but definitely a tough race for us.”