Ed Carpenter reckons Aston Martin Formula 1 reserve Nico Hulkenberg could be interested by a potential IndyCar drive, but warns their talks don't yet have "substance".

Hulkenberg has made 179 starts in Formula 1 but so far has failed to land a podium finish, and has been out of a full-time drive since 2019 - but has been in contact with Ed Carpenter Racing's team owner Carpenter.

The German driver made three substitute appearances for Racing Point last year, covering for Sergio Perez and Lance Stroll after they both contracted COVID-19.

Hulkenberg visited Chip Ganassi Racing following his Renault departure at the end of 2019 and since then he has retained an interest in US open-wheel racing - which Carpenter feels will have increased following Romain Grosjean's success since moving from F1.

“I’ve talked to Nico several times over the past year-and-a-half,” Carpenter told Autosport.

“I think he definitely has an interest in coming over and at least experiencing an IndyCar in a test. But getting that nailed down is not something that just happens out of desire.

“I’m sure he and others are even more interested having seen what Romain [Grosjean] has done and how much fun he’s having here.

"That’s got to open people’s eyes and have them asking themselves what all their options really are."

Asked whether one of ECR’s primary backers, Sonax – the German car care company whose US arm is owned by Carpenter’s stepfather Tony George – would be particularly interested in Hulkenberg, Carpenter said: “Our program is with Sonax U.S., not the main program in Germany, but potentially it could be interesting to them to have Nico here, yeah. For sure that was some of the thought behind the initial conversation. 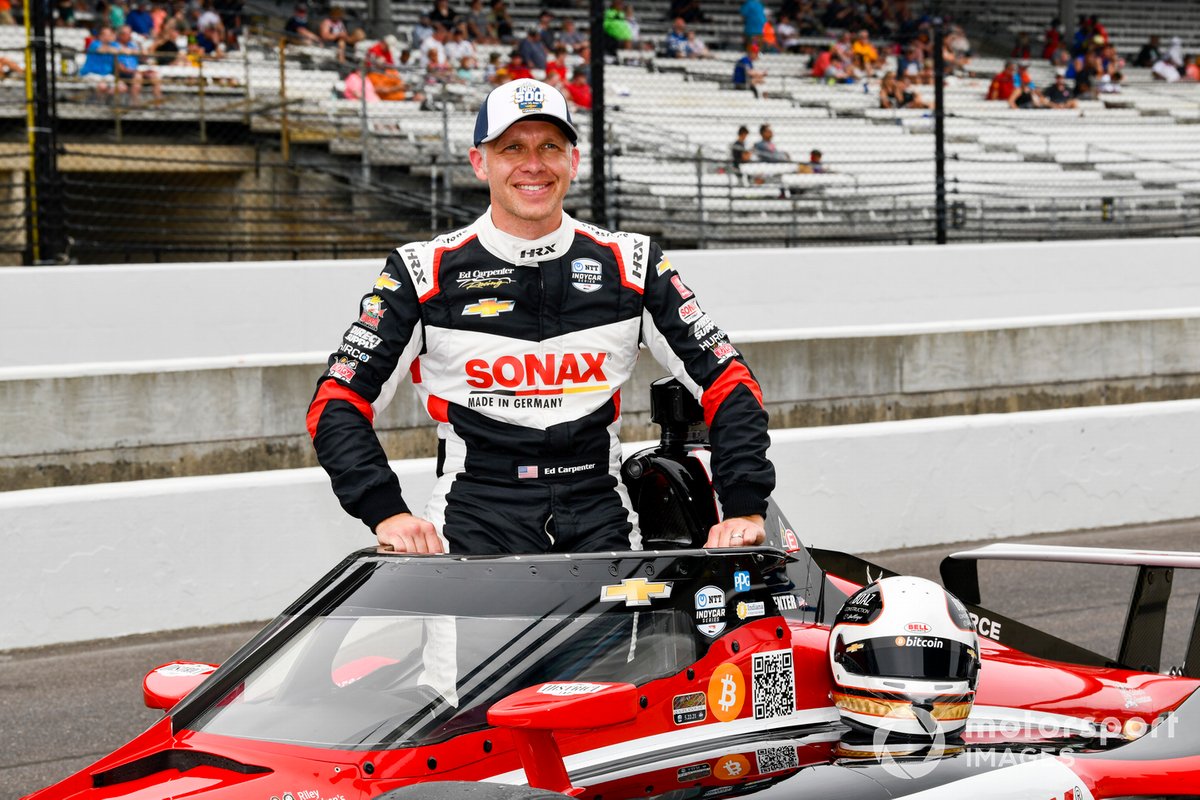 “But I wouldn’t put a whole lot of substance to it. The amount of people we talk to over the course of a year remaining in contact and having an understanding of who’s available out there is just all part of the process that we or any team goes through.”

In light of Grosjean’s upcoming oval debut, Carpenter said he’s not yet sure whether another ex-F1 driver such as Hulkenberg would be interested in trying out ovals.

“We haven’t gone into that type of detail,” said Carpenter. “We were just getting to know one another and seeing if there’s any interest in our branch of the sport.

“My perception was that I don’t think he knows enough to be comfortable with ovals just yet.

"And anyway, I don’t think he’s at a point where he’d be prepared to say he wants to come over and race here. I think he’s curious about IndyCar to the extent where he’d want to test one because right now he probably has more questions than answers.”

Carpenter runs one full-time driver in the #21 - currently Rinus VeeKay - and shares the #20 with Conor Daly. He said that eventually he is hoping for an opportunity to run two drivers full-time, with his own oval-only program being a part-time third car.

“That’s something that is the logical next step in the growth of our team,” he said, “and it’s something we’ve been interested in doing for a while.

"It’s just a matter of getting the right partnership involved, whether it’s just with [current sponsors] U.S. Air Force or adding more to the program to make that effort full-time.

"So it’s a goal we’re continuing to work towards, but of course we’re going to make sure that if we do it, we do it properly, which requires proper backing."