Michael Shank believes that four-time Indianapolis 500 winner Helio Castroneves will be IndyCar's "top story" on his full-time return to the series with his Meyer Shank Racing team next year.

Speaking on Motorsport.tv’s This Week with Will Buxton, Shank admitted that he and co-owner Jim Meyer had been “talking about ways to expand the relationship [with Castroneves] even before” the Brazilian claimed his record-equalling fourth Indy 500 triumph with MSR earlier this year, and that their sponsors were “really excited to do something more” with the 46-year-old Brazilian.

He said: “I believe that next year, from 1 March through 1 June, Helio will be the top story or damn near the top story in IndyCar racing.”

Although Shank said that he and the MSR team will appreciate Castroneves’ vast experience which has led to 31 IndyCar wins, he said the four-time championship runner-up offers more than just skills behind the wheel.

“It’s not just driving, it’s approach, it’s working with engineers, it’s working together… all these things that he knows work – or doesn’t – he brings them to the table,” said Shank. “There’s many, many things like this that experience does teach, but the great thing is that he does bring that, but he also brings along another ‘bible’ full of information…

“On top of that, he understands the business of racing, so that makes my job a little bit easier. He understands what it takes to make people happy and feel included in our project here. It’s a great situation.” 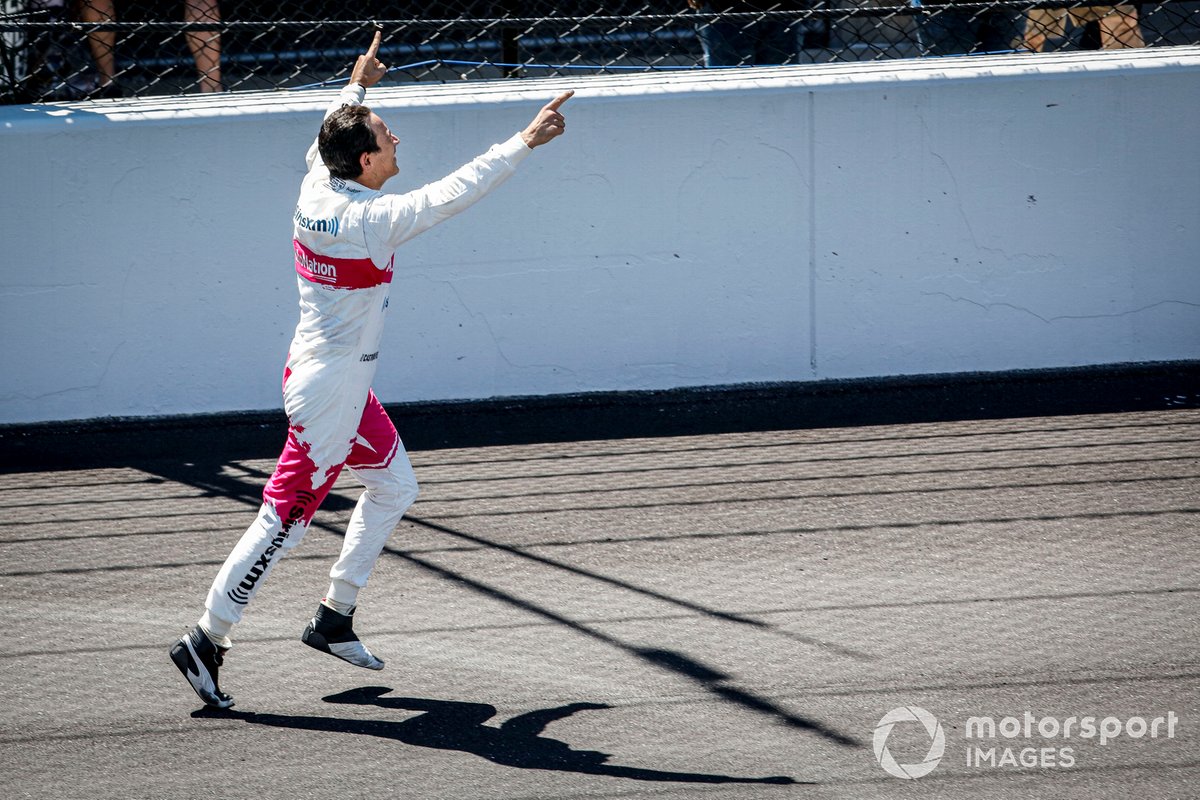 Castroneves was also a guest on Buxton’s show, and recalled his last full IndyCar season in 2017, when despite winning a race and taking three poles for Team Penske, he was moved into the squad’s Acura DPi programme in the IMSA SportsCar championship which culminated in title glory last year with co-driver Ricky Taylor.

“In 2017 when it was my last year, Roger [Penske] decided to carry on with the programme with Acura Team Penske, which was actually great,” he said. “I have to say, I learned so much driving a different type of car with different type of races… it actually improved my driving craft, to be honest.

“But at the end of the day, my DNA is IndyCar, it’s open-wheel. I’ve been there for so many years and it’s great to do something that I wanna do so bad, something that’s unfinished business with this championship – and I know with Mike and the entire MSR team we can do it.

“We have a lot of work, no question about it, but we can do it. We did the most difficult one, won our first race. With dedication and attention to details we were able to deliver, and that’s our goal for next year.”

Castroneves said MSR first appealed to him because Shank was “decisive” and “one of those guys who can make things happen” and said the team has the right tools and the right people to succeed.

“Mike is a guy who is passionate about it, like me,” he said.

“We all love this, we all love racing, and that’s why we’re here together, to achieve our goals, which is winning races, with that the championship, and hopefully another Indy 500.”

Shank wouldn’t even hint at who would be Castroneves’ fulltime partner, replacing Briton Jack Harvey, but said he expects the announcement will come at the season finale in Long Beach.