IndyCar's 2018 champion will have to beat Andretti's Alexander Rossi to win the title because he is now the field's "standout" driver, says Will Power

Rossi took his first win of the 2018 season by dominating on the streets of Long Beach on Sunday after Power was unable to get close enough to challenge in a nine-lap dash to the flag following a late caution.

The former Marussia Formula 1 driver was also in contention for victories in the two previous races, colliding with Robert Wickens when fighting for the win at St Petersburg and then making a remarkable recovery drive to third at Phoenix.

Power said Rossi, who leads the standings by 22 points over 2017 champion Josef Newgarden, is the current driver to beat.

"I think he's going to be tough to beat in the championship. He's definitely what I'd call a standout of the field right now in every respect.

"Even when we saw him at Phoenix on the oval, as well. You'll have to beat him [to win the title], I think."

The Penske driver added Rossi was standing out in the strongest field of drivers to compete in IndyCar.

"I would say right now is the most competitive, talented group of drivers that the series has seen," he said.

"When you look at how Rossi has come on and the rookies that are here this year, guys like Wickens, it just gets harder.

"It gets harder and harder, and the common body kit I think was a really, really good idea.

"To win and be on pole these days, you've just got to get it so right." 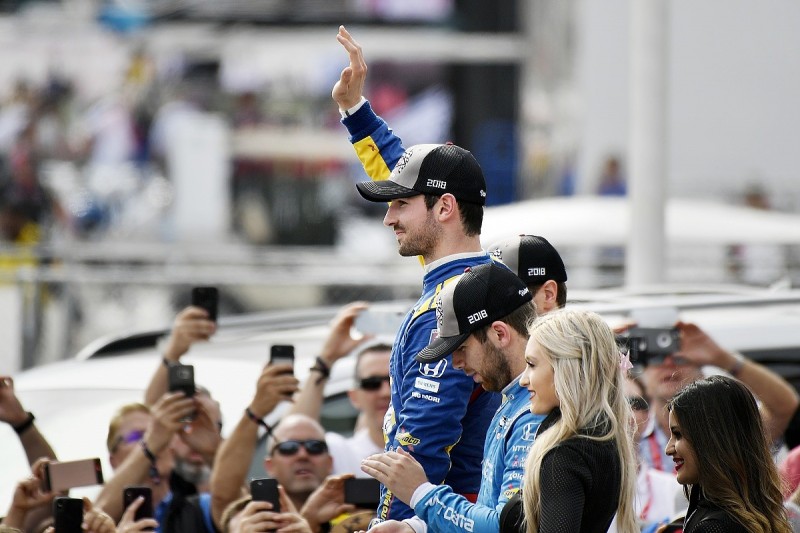 When asked for his opinion on Power suggesting he was the driver to beat, Rossi said: "That's cool.

"But we'll see next weekend, right? You're only as good as your last time on track.

"Until we, hopefully, are in the fight for a championship at Sonoma and we can come away with that, then everyone else is the person to beat as well.

"We've had a good three races, and we've been able to get the car in the window pretty consistently. But that's not a guarantee for every weekend.

"There's a lot of very strong teams and drivers in this championship that have the capability to beat us, and I just think that the effort that's put in back in Indianapolis at the workshop and the continual desire to be better is something that makes a difference.

"It hasn't been the easiest three, four years for Andretti Autosport, and there was a time when they were the champion [its latest crown was 2012 with Ryan Hunter-Reay].

"So definitely, as a group, we all want to get back to that point, and we're trying very hard to make that happen."