Conor Daly will compete in IndyCar road and street course races for Ed Carpenter Racing in 2020, and will also drive a third car in the Indianapolis 500.

It means Daly will race in all but four races of the 2020 IndyCar season, handing over the car to team owner Ed Carpenter for the Texas, Richmond, Iowa and Gateway ovals.

Daly has made sporadic IndyCar appearances since a full-time campaign for AJ Foyt Racing in 2017, appearing at teams such as Carlin, Harding Racing and Dale Coyne Racing.

The 27-year-old also raced in the Lamborghini Super Trofeo North America, finishing a third-place finish in the Super Trofeo World Finals in Spain, as well as racing in the famous Chili Bowl Nationals off-road competition.

"I couldn't be happier to be getting one more step closer to full-time IndyCar competition," said Daly.

"As an Indiana kid, it just feels right to be getting a chance with Ed Carpenter Racing.

"This team has done such an incredible job over the years, and I have a tremendous amount of respect for Ed and this group.

"I look forward to entering a season feeling fully prepared with simulator time and testing for the first time in several years." 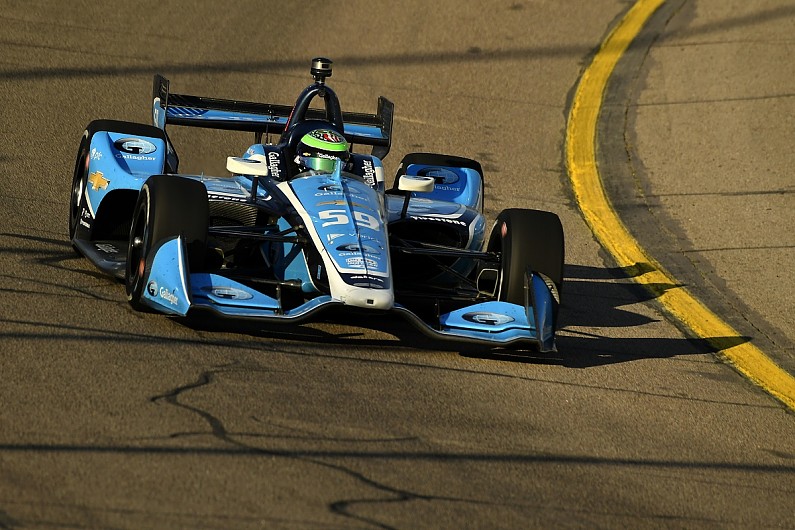 Carpenter shared his ride with Ed Jones, who has an uncertain IndyCar future and is set to drive a BMW M4 DTM in the series' rookie test at Jerez this month.

Carpenter said: "I am extremely proud and excited to welcome Conor Daly and the [primary sponsor] U.S. Air Force to Ed Carpenter Racing.

"I have seen Conor grow and mature over the course of his career, and I am confident that his best years are yet to come.

"It is a huge honour to represent the men and women who serve in the U.S. Air Force, and we hope to make them proud this season."