IndyCar leader Josef Newgarden says he is not "very comfortable" heading into the final round with a 41-point margin over prime rival Alexander Rossi given the series' double points system.

"We just need to have a better weekend in Laguna," said 2017 champion Newgarden.

"Obviously, it's still going to be quite tough with the double points.

"No, it's honestly not enough with double points. It's just not. I don't think we're very comfortable."

Newgarden, who has scored four wins this year to Rossi's two, said he does not expect any team to arrive at Laguna Seca with an advantage because it is a new venue for most of the drivers and many current personnel. 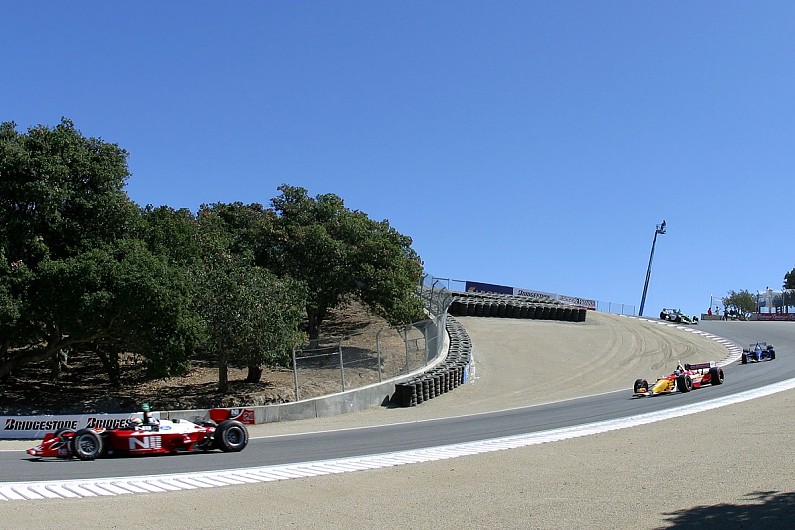 A test on the Thursday before the race, which will be the first at Laguna Seca to feature Indycars since 2004 (pictured above), effectively turns the finale into a four-day event.

"Because we have test days there coming up before the race weekend, it kind of equals out for everybody," he said.

"I don't think anyone has an advantage.

"With it being new, I don't know that that helps us. It brings more unknowns. I think it's more of a variable that it's a brand new circuit essentially because it's been so long since we've been there.

"New car, new tyres - it's all different from last time. It's essentially a new circuit. We don't really know what it's going to bring.

"I don't think that helps us; I think it's a wildcard if anything.

"We'll just take all the time we can to get better and talk about it and research it and just try and be prepared for when we show up.

"The Thursday helps a lot. We've got a full test day there before the weekend. That kind of gives you a lot of time to get in the mode that you need to be for the finale."