Three-time Toronto IndyCar winner Will Power says the crash that ended the Penske driver's race last weekend on the penultimate lap was a "terrible mistake".

Power is behind both his Penske team-mates Josef Newgarden and Simon Pagenaud in the standings in fifth, and is yet to win a race while his team-mates have won three each.

Power clashed with Graham Rahal at the start of the race - for which he accepted blame - and after pitting for a new front wing, was running just outside the top 10.

But at Turn 8 with two laps remaining he locked his rear tyres and crashed into the wall, forcing the race to end under caution.

"Ugh, not the way I should be driving," said Power.

"I locked the rears - been having trouble with locking rears all weekend.

"I locked the rears, then caught it, then ran out of road and locked up and into the tyres.

"I shouldn't be doing that with two laps to go. 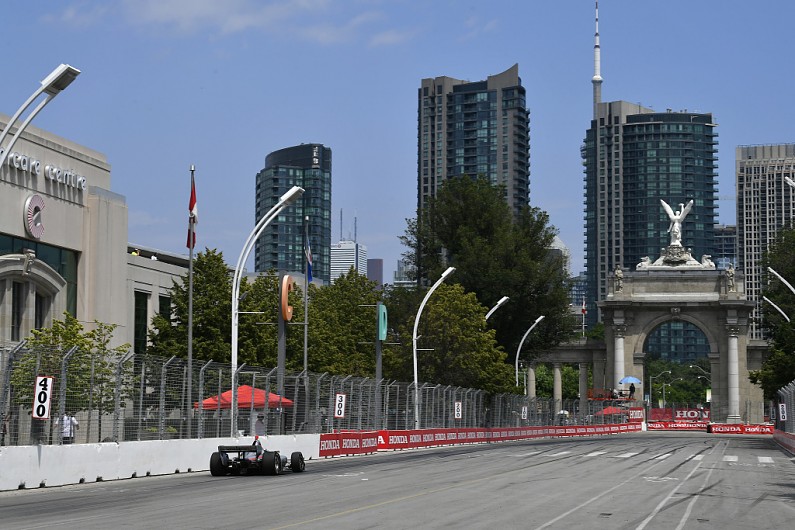 Speaking of the incident with Rahal at the start he added: "I got a good run on Graham and once he started turning I tried to back out of it.

"Wish I didn't go for it, honestly.

"Feel bad for him, kinda ruined both our days.

"Really bad mistake; didn't realise someone was on the outside of him so I thought we'd get through there two-wide. I just feel bad, man.

"Terrible, terrible mistake at the end too. Feel bad for the team [after a] reasonable comeback."

Power trails points' leader Newgarden by 128 points with six races remaining in the series this year.

The 2014 champion added that he needed to "really reflect on things" in a bid to avoid mistakes and turn his form around.

"I've just got to mentally keep in the right place and keep doing what I know," he said.

"Obviously really reflect on things, on mistakes that I've made and understand how not to make them again.

"Need to move forward, not dwell too much on this and see if we can have a good day at Iowa."