The 2017 Indy Lights champion was commencing a qualifying simulation with the car trimmed out and running the 1.4-bar turbo boost that the IndyCar teams will use for qualifying this weekend.

At Turn 3 on his first flying lap, the car's rear stepped out, turned through 270 degrees and made initial contact with the SAFER barrier with its left front corner, which sent the car spinning the other way to make heavy rear contact.

The car bounced into the air, flipped onto its side and slid before coming back down on its belly, and spun down to the infield grass.

Kaiser gingerly extracted himself before being checked in the track medical centre, where he was declared uninjured and cleared to drive again. 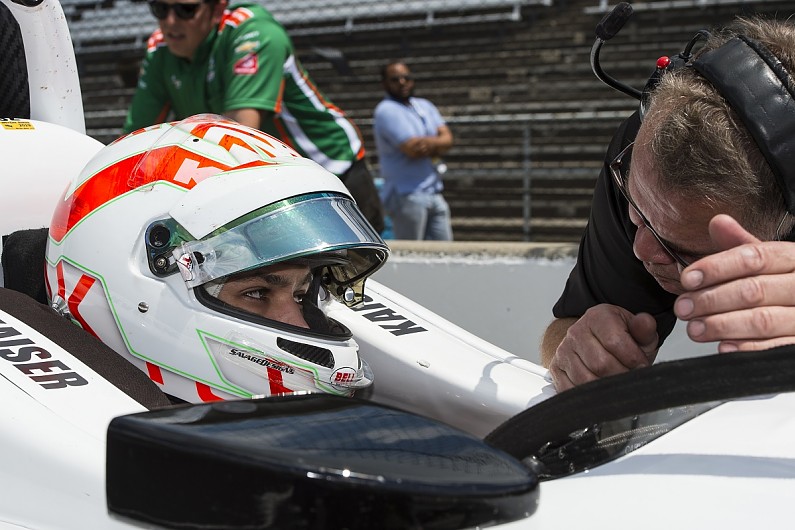 Juncos had already been facing a tough month due to the withdrawal of two major sponsors ahead of Indy 500 practice beginning.

The team has a spare chassis but is short on spare parts and has budgetary constraints.

Team owner Ricardo Juncos said he was "uncertain" what the team's prospects are now after the crash.