Hartley made his F1 debut with Toro Rosso at the United States Grand Prix as Pierre Gasly made a failed attempt to win the Super Formula championship.

Toro Rosso then dropped Daniil Kvyat and confirmed Hartley for the rest of the season.

It is keen to keep him for 2018, but team principal Franz Tost said last week that negotiations with Ganassi were proving "long".

Hartley had been looking for a new drive for next season as his current employer Porsche is ending its LMP1 World Endurance Championship programme.

When asked by Autosport if Ganassi had held discussions with Toro Rosso over releasing Hartley, a team spokesperson replied: "in terms of any driver contracts, the team has a long-standing rule of not discussing them".

Hartley would have formed an all-New Zealand Ganassi pairing with its four-time IndyCar champion Scott Dixon, who said he was "pleased" his countryman had been given an F1 chance.

"It's a fantastic opportunity for him and hopefully, he gets a fair shake," Dixon told Autosport.

"If he does, I think he'll do really well.

"It's good to see that F1 teams have caught on to the fact that you can't just have pay drivers. It doesn't help a team move forward." 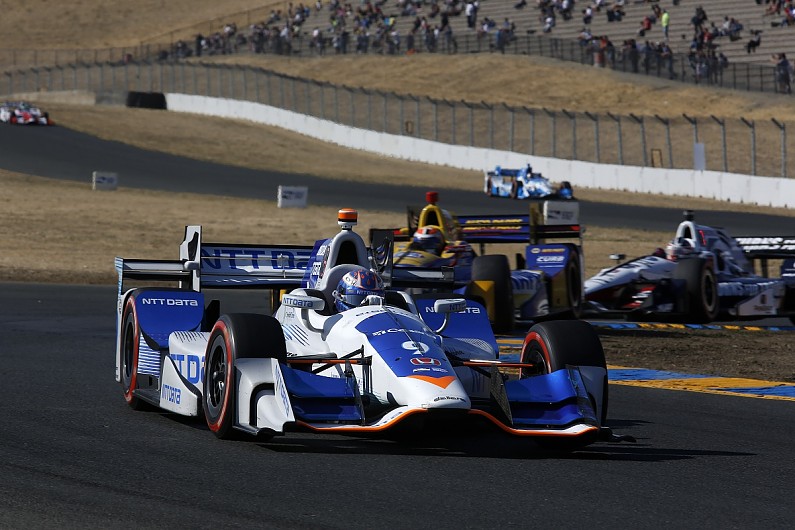 Dixon called his new team-mate a "refreshing" choice for what will be a downscaled two-car outfit for next year as Ganassi parts with Tony Kanaan, Charlie Kimball and Max Chilton.

"It's pretty refreshing that Chip has signed Ed, someone who's not a rookie," Dixon said.

"OK, Ed's only had one year in IndyCar but that means he's been to all the tracks [except returnee Portland], he's been to the Indy 500 and gone through that whole two-week process and ended up with a strong finish.

"He knows about going from black tyres to red tyres, how much has to get done in a 45-minute practice session, the whole process.

"He's got good experience on ovals and obviously, Ed's had someone really good like Bourdais as his team-mate."

Dixon says he was looking forward to working with Jones when team-led IndyCar testing begins in January.

"It's good to have that deal finalised," he said.

"The only downside is that we don't do a proper team test with the new cars until January so we'll have to wait until then to actually work together.

"But you know Ed; he's a super-pleasant guy, one of the easy ones to talk to, so I'm looking forward to it."