The first Grand Prix win for the late Sir Stirling Moss was remembered at Aintree today, exactly 65 years on from his famous victory in the 1955 British GP.

The 1955 race, on 16 July, was the first British GP to be run at the Liverpool track and was won by Moss as he beat Mercedes team-mate Juan-Manuel Fangio to become the first British driver to win his home race.

To mark the anniversary, Rick Hall completed three laps of the former Grand Prix circuit in the Maserati 250F that Moss took to victory at Monaco in 1956.

At the precise 1955 race start time of 2:30pm, Hall fired up the Maserati and spun the wheels away from the original start line in front of the huge grandstands. With a police motorcycle escort, he toured the original track, which now involves two crossings of the public Melling Road.

The celebration was organised by the Aintree Circuit Club and prime mover Michael Ashcroft is hopeful of staging a more ambitious celebration of Aintree's motor racing heritage.

Between 1955 and 1962 it hosted the British Grand Prix five times and remained an active race circuit until the 1970s. The club circuit is still complete and is now used sparingly for speed events and track days.

The 250F, also raced by Jean Behra in that period, is owned by American Graham Adelman and is tended by Hall and Hall. 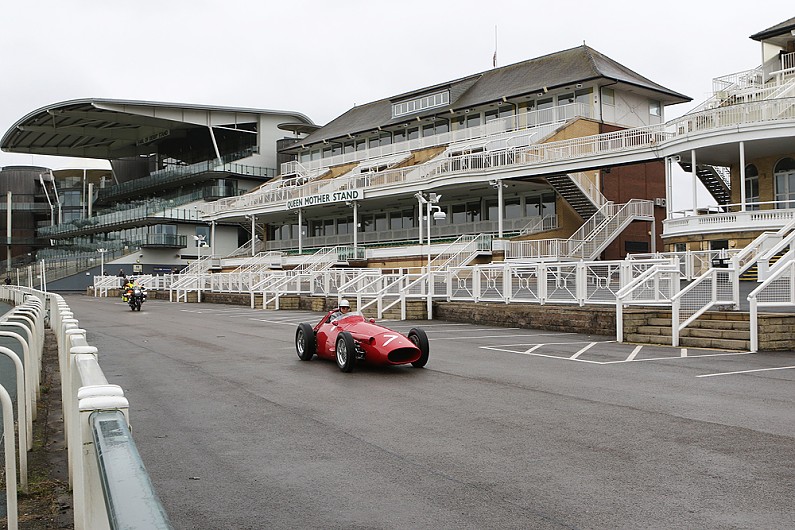 In a remarkably piece of history, Rick Hall drove in the goggles used by Fangio in the 1955 race. During the post-race celebrations 65 years ago, they were handed to the event's chief medical officer Dr Ian Entwistle and when he later contacted Fangio about returning them, he was told to keep them. His son Alex brought them to Aintree for Hall to use, 65 years later.

Hall said: "It was fantastic to drive this car around the full Grand Prix track. There were some very quick corners in the day and crossing the Melling Road with ordinary traffic about in a 250F was amazing. I only ever raced here once, and that was in a 200-mile kart race in the early 1970s!"