The Toleman TG280 raced by Derek Warwick in the 1980 European Formula 2 Championship will return to racing at Silverstone in May, 39 years after its last known race.

Mark Harrison has rebuilt the BP-liveried car ready for the new Geoff Lees Trophy for 1980s single-seaters and plans to race it during the HSCC’s International Trophy meeting on the Silverstone GP circuit on 22/23 May.

Chassis TG280-02 took Warwick to second in the 1980 F2 championship, with a single win at Silverstone, as team-mate Brian Henton won the title.

PLUS: The UK's forgotten F1 driver

At the end of the season, the Toleman team graduated to Formula 1 and the TG280s were sold, with Warwick’s going to an Austrian privateer. After a season or two of F2 it was sold to Hungary, where it was used in hillclimbs.

Harrison said: “It then spent most of its life in Eastern Europe. It had quite a hard life on the other side of the Iron Curtain.

"The Hart engine it ran in period was not a stressed member of the chassis and in Eastern Europe it ended up with a BMW engine, which does work as a stressed member. So quite a bit was changed.

"It came back to the UK in around 2007 as a rolling chassis and then had a Rover V8 engine installed." 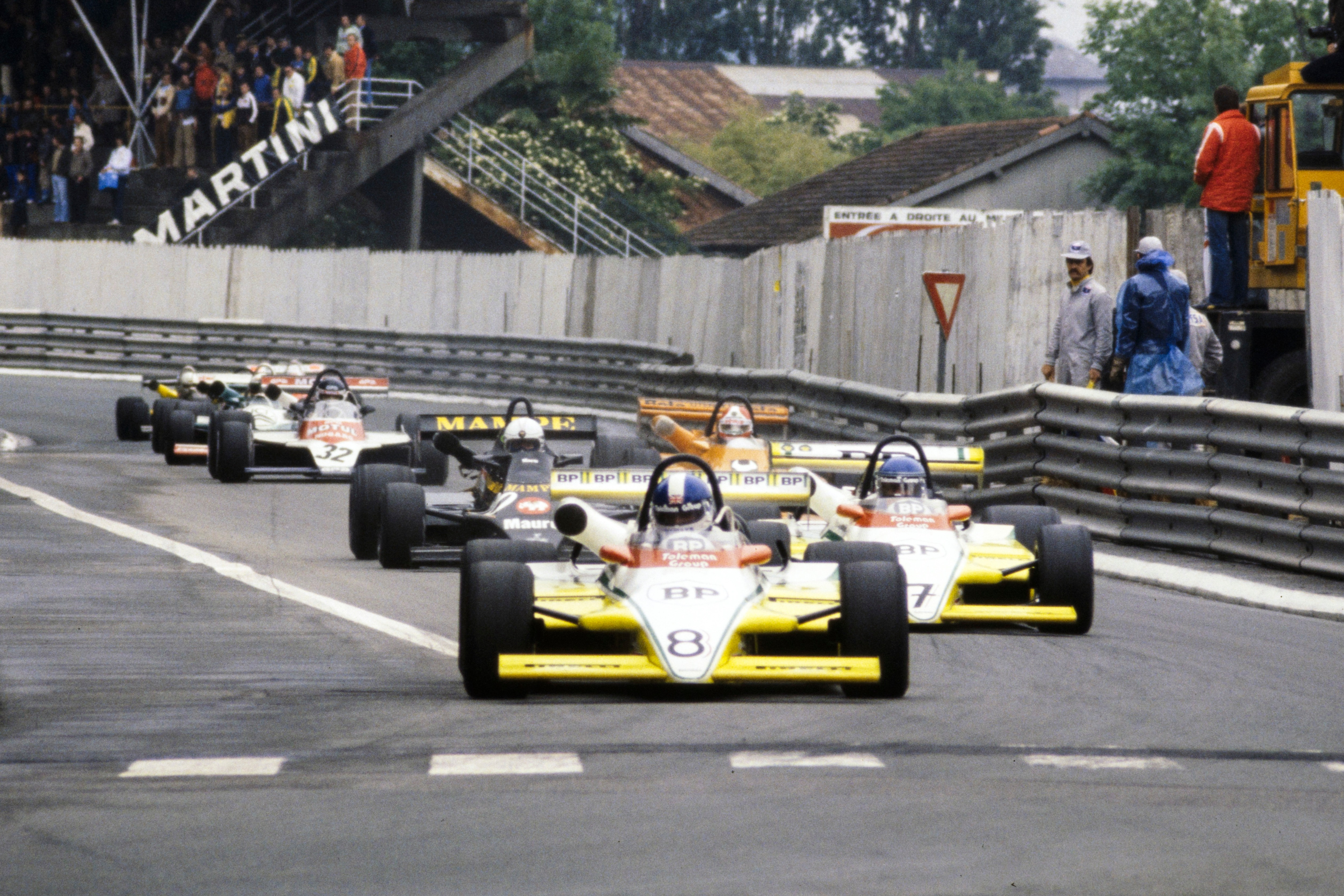 Harrison owned two other TG280s at one point and offered advice for the re-build.

“But I ended up buying it in 2013 and did nothing with it for a while. We finally stripped it down and set about re-building it.

“I don’t think it has raced since the end of 1982. We got it finished in time for Derek Warwick to drive it at Silverstone for a magazine feature in September.

"The car is absolutely as it should be now. I’m planning to race it at Silverstone in May for the start of the Geoff Lees Trophy.”

Lees, who made five F1 starts for the Tyrrell, Shadow, Ensign, Theodore and Lotus teams, won the 1981 F2 title before embarking on a successful career in Japan. He became the first foreign-born Japanese F2 champion in 1983, and won the Japanese Group C title in 1992.