The German manufacturer has revealed that it will provide factory support for teams competing in the new California 8 Hours fixture at Laguna Seca in October and the Sepang 12 Hours in December, the final two rounds of the series that also includes the Bathurst 12 Hours and the Spa 24 Hours.

It will field a Porsche 911 GT3-R for factory drivers Laurens Vanthoor, Kevin Estre and Michael Christensen in the Belgian enduro on July 29/30, which is also the blue riband Endurance Cup round of the Blancpain GT Series.

Porsche has also loaned factory drivers Marc Lieb and Sven Muller to the Herberth Motorsports squad, which has two entries in the pro-am class at Spa. 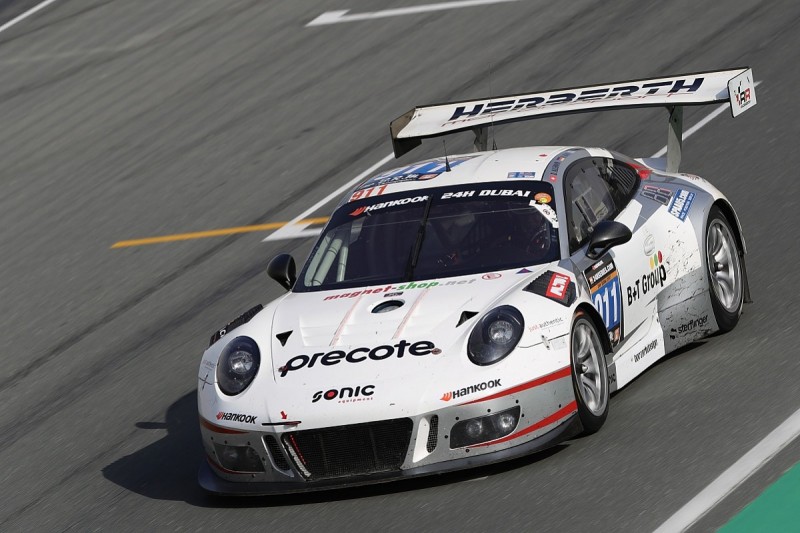 A Porsche spokesman told Autosport: "It is clear that at big races like these, you have to give extra support to your customer teams, because everyone else is doing it."

He ruled out a repeat of last year's full-factory assault with the Manthey team on the Sepang race on December 10.

"We will be doing Laguna and Sepang with local teams; we won't be flying Manthey out to Sepang like last year," he said.

The spokesman suggested that one or more of Porsche's squads in the Pirelli World Challenge, which is on the bill with the IGC at Laguna on October 14/15, would represent it in the US event and that the team or teams for Sepang would be "Asian or Australian".

Porsche lies second in the IGC manufacturers' points after finishing second at Bathurst in February with the Competition Motorsports squad, one of two teams to receive factory support for the Australian event.