More manufacturers than ever are going into this month's Spa 24 Hours with a chance of victory, according to Blancpain GT Series boss Stephane Ratel

Ratel is predicting an "amazing level of competition" at the double-points Endurance Cup round of the BGTS on July 29/30 in which nine manufacturers are represented with factory-backed cars in the pro class.

"I don't think we have ever had so many manufacturers able to win the race," Ratel told Autosport.

"We have a big grid and a very competitive grid, so we are heading for an amazing event."

Ferrari has also joined the pro class of the Endurance Cup this year with the AF Corse-run Kaspersky Motorsport 488 GT3 raced by a line-up including works drivers Giancarlo Fisichella and James Calado.

"After last year's Spa, everyone asked me what I wanted and I said factory-supported cars from Porsche and Ferrari in the pro class," said Ratel.

"Now I have them and we are going to have a fantastic race." 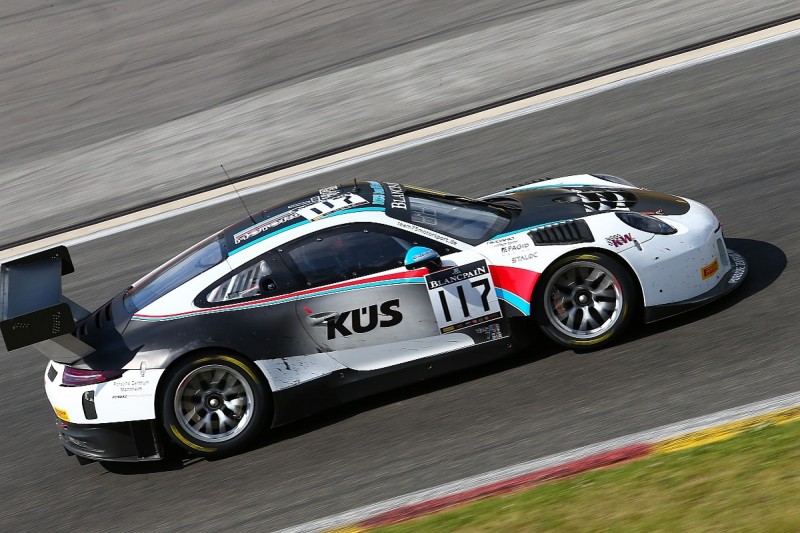 Vanthoor posted a 2m19.451s in the afternoon session, which was less than a tenth quicker than the Kaspersky Ferrari.

Eleven cars were within a second in the afternoon and 13 in the morning session headed by the Barwell team's pro-am class Lamborghini Huracan shared by Richard Abra, Phil Keen, Miguel Ramos and Leo Matchitski.

A total of 66 cars have been entered for the Spa 24 Hours.