The 23-year-old Briton will drive the #98 BMW M6 GT3 in the double-points Endurance Cup round of the Blancpain GT Series on July 29/30 together with Bruno Spengler and Nicky Catsburg.

Blomqvist has been given the Spa chance after an outing in the #98 car in the Paul Ricard 1000Km BGTS enduro late last month.

"It's all been a bit last minute, and I found out at Ricard that the reason I was there was to see how I'd go with a view to doing Spa," Blomqvist told Autosport.

"I'm pretty excited for it: it's a big event and I'm looking forward to racing at Spa in something other than an Formula 3 car."

Blomqvist, who had raced for Rowe on two previous occasions before Ricard, joins BMW's Spa line-up after finishing fourth at the Nurburgring 24 Hours in May with the Schnitzer squad.

"I had a pretty decent run at the 'Ring, so the goal is to go to Spa to try to win it," said Blomqvist.

"I know the team and I know my team-mates well, which is going to make life a lot easier." 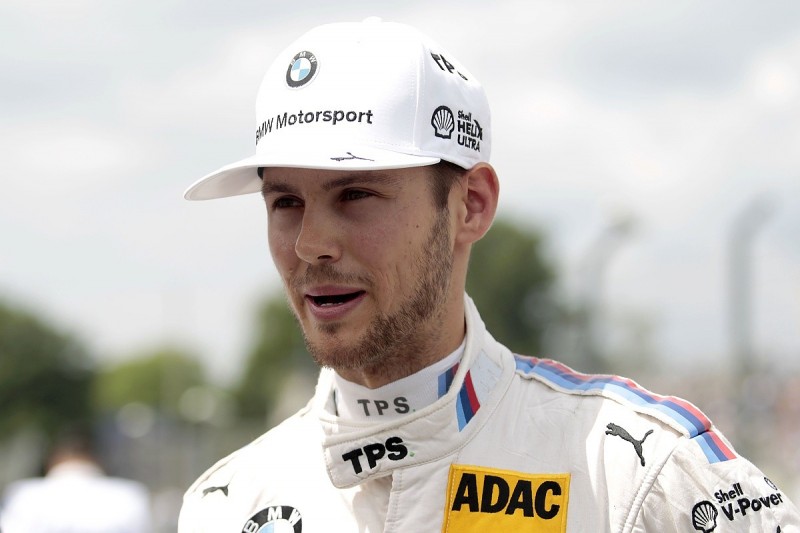 Blomqvist's inclusion in the factory squad means that Markus Palttala, who has raced for Rowe in its two previous Endurance Cup appearances this year, moves over to the customer Walkenhorst team.

The #99 Rowe BMW will be driven by 2016 Spa winners Maxime Martin, Alexander Sims and Philipp Eng, who contested this year's Silverstone and Ricard BGTS enduros together.

The two Rowe cars are present at Spa on Tuesday for the official pre-race test.

A total of 65 cars are due to take part, a number that includes some British GT Championship teams preparing for this weekend's Spa round.

BGTS boss Stephane Ratel expects a similar number of cars to be present for the 24 Hours at the end of the month.